Black Rock and the Others. With Biden, the White House became a branch of big finance 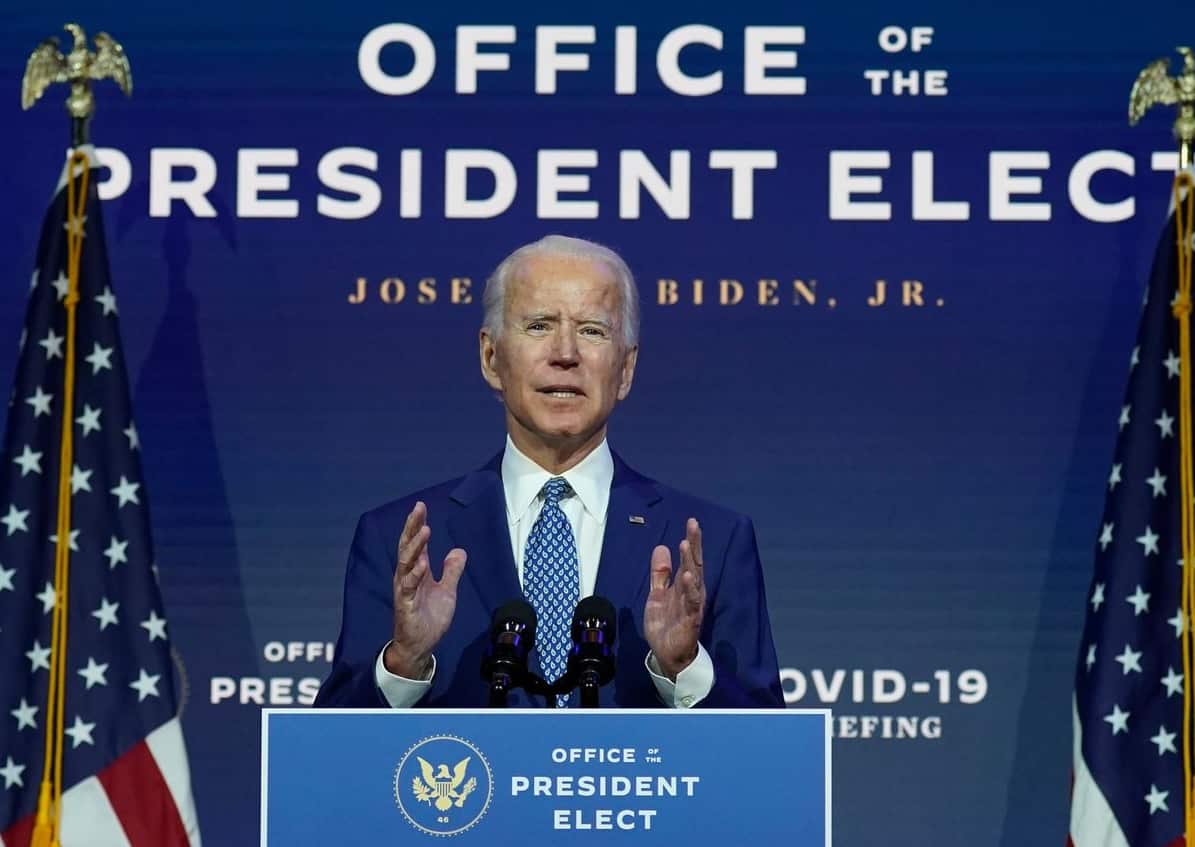 WASHINGTON, Jan 10 – Joseph Rubinet in Ten Days Biden Jr. will be the de jure new president of the United States. All Democrats in the world can breathe a sigh of relief: Donald Trump is finally out of the game. However, someone ruined the progressives party in our house. On dr Daily fact An article appears that will surprise everyone:The White House looks more and more like a branch of Black RockAccording to the author of the article, Mauro Del Corno, “The financial giant will have men of confidence in key positions when it comes to deciding on matters such as the regulation of finance.” Hence, Biden’s election does not bother powerful forces at all. Without wanting to downplay the rosary of Del Corno, there is no need to wait for appointments to see the seriousness of the contact between the big finance and Biden. It is no mystery that the Silicon Valley giants silenced its political opponent. Let’s return to the alleged preferential treatment that the new team will maintain for the big names in finance. Let’s start with the men associated with “Black stone “.

Biden and Big Finance: The Rules of Black Rock

What is wrong with the de Daily fact It is trying to prove the theory (the White House is conditional, including Biden, on the part of the big corporations) by compiling a list of facts that show the conflict of interest between the controllers and their controllers. In doing so, political news turns into chatter. Instead, what must be noted is how BlackRock (founded and headed by Larry Fink) manipulates the idea, directs it, and “monetizes it”.

Let’s take an example: protecting the environment. In 2019, Greta Thunberg has been appointed before time “person of the Year”. Well, a few months later, BlackRock (despite having made many investments in the hydrocarbon sector) gets married to the environmental cause. Fink sends a letter to his executives confirming: “Climate change has become a determining factor for companies’ long-term prospects and we are on the verge of a fundamental reshaping of finance.” Now everyone knows that Biden has put the fight against climate change at the center of his campaign And defend the environment. How strange, black rock was paving the way for Biden!

Hence, it is finance that dictates politics, not the other way around, in America as in Europe. Can’t give that The aforementioned investment fund can count on assets under management of $ 6.3 trillion: an amount equal to the GDP of France and Spain. Combined, it’s nearly three times our public debt. So, it is the White House tenant who needs your finc, not the other way around. The revolving doors between the White House and Wall Street are evidence of what was said.

The newspaper run by the duo, Gomez Traveler, is not limited to news. It warmly calls on Biden not to make the same mistake Obama made: “He should be closer to the people and away from Wall Street.” It is a pity that no president of the United States has succeeded and will be able to do so. Donald Trump himself (a former Democratic supporter) had to fire collaborators like Bannon when he entered the Oval Office. Trump’s social “censorship” is a warning to everyone. Biden needs people of high caliber to protect himself from friendly fire Like former Federal Reserve Chair Janet Yellen. The latter would likely be the Treasury secretary. We are talking about a woman who in the past two years collected a good sum “$ 7.2 million in compensation for her interference in meetings of multinational and large banks.” But what has he said before that he’s so special? nothing. It’s just a way to keep it on the payroll.

The same is true of future Secretary of State Anthony J. Blinken, who earned 1.2 million thanks to consulting with Facebook and Boeing as well as the US Blackstone Fund and French investment bank Lazard. It is not Facebook that pays for protection by the US government but the opposite is true. But the aforementioned Del Corno forgot to mention Miss Gina Raimondo.

Poor Biden wasn’t content with friends from BlackRock, Goldman Sachs, Barclays, Google, and Facebook, but he also searched for someone from Cfr. We are talking about The Council on Foreign Relations, the think tank that has guided American foreign policy for a century. Its members have always been able to dictate the law at every important historical moment. Here comes Mrs. Gina. Raymondo, who is part of the Council on Foreign Relations, will be the next trade minister. Practically speaking, all sensitive dossiers from the relationship with China will pass into his hands. Gina Raimondo, who has gone from union to venture capital, will wipe out the Chinese. With the entry of the Council on Foreign Relations, the balance of power in American politics has been reconfigured.

Trump, who also won the election thanks to Twitter, was fired from the same social network that contributed to his success. The message starting from Silicon Valley, with the everlasting approval of Cfr, is clear: Winning an election only serves to be in the front row of official rallies. Let us use Jaber’s words: “If I were God and faced many shortcomings, I certainly would not have the myth of democracy.” How do you blame him.