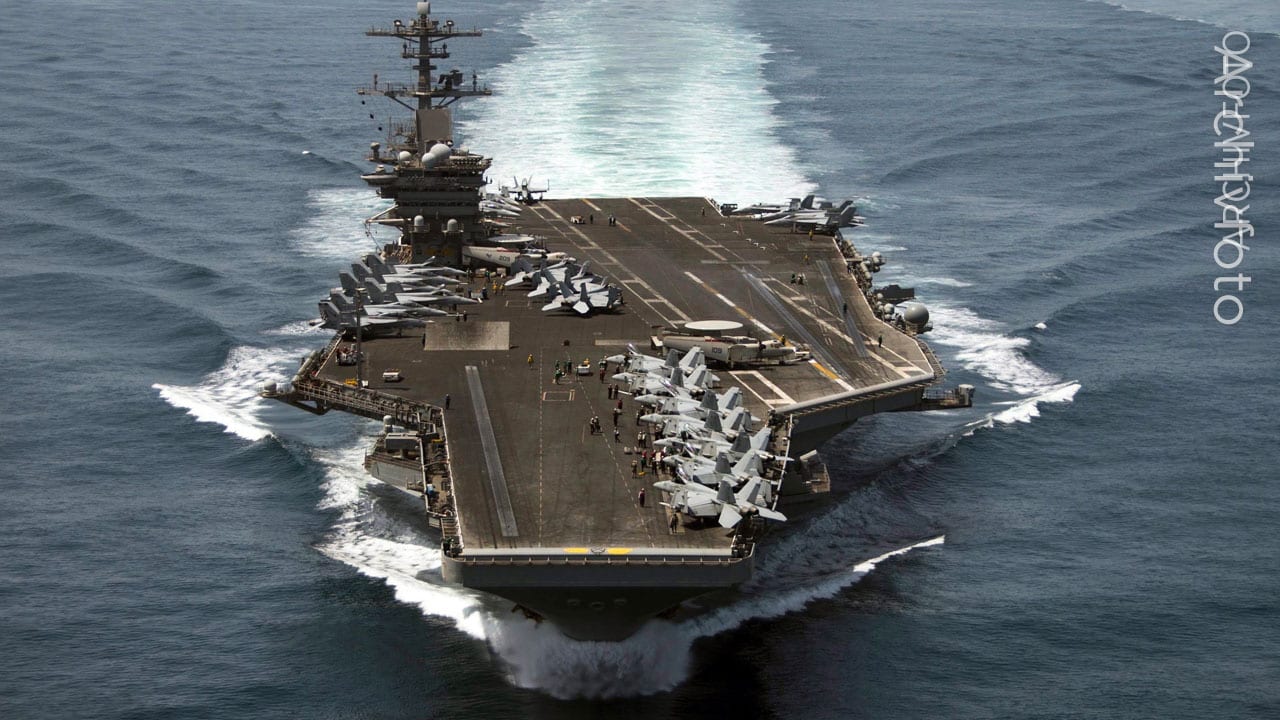 Already in the early days of the new US President Joe Biden (78) in office, tensions are increasing between China and the United States. It is about Taiwan and the South China Sea.

The US Navy aircraft carrier consortium has arrived in the South China Sea, which is claimed by China, among other countries. The naval formation led by USS Theodore Roosevelt arrived in the maritime region on Saturday as part of the “Freedom of Navigation” exercise. This was said by the Indian Pacific Command of the US Armed Forces on Monday.

This is the first exercise of its kind since Joe Biden took office last week.

► Taiwan said on Saturday that eight Chinese bombers and four combat aircraft had penetrated its airspace.

The US Navy justified the use of “USS Theodore Roosevelt” in the South China Sea by saying that the group of aircraft carriers wanted to defend “freedom of navigation” in the maritime region through which two-thirds of world trade is transported.

“It is wonderful to return to the South China Sea, to carry out routine operations, to promote freedom of the seas, and to empower allies and partners,” said Admiral Doug Verissimo of the US Navy.

A spokesman for the Chinese Foreign Ministry described the US exercise as a “show of force and not conducive to peace and stability in the region.” He urged the new US administration to US President Biden not to initiate a conflict. Beijing hopes that the two sides can cooperate and deal with their differences – “in a non-confrontational spirit.”

Beijing is also angry at the Taiwan representative’s official call to install a president in Washington for the first time. The previous US administration of Donald Trump had already raised its ties with Taiwan and allowed official contacts, which Beijing strongly rejects.

China claims that Taiwan is part of the People’s Republic of China – and effectively the entire South China Sea – for itself.

Brunei, Indonesia, Malaysia, the Philippines, and Vietnam are also claiming parts of the marine area for themselves, which is very important strategically and economically for neighboring countries.

Beijing is also fueling regional conflict by creating artificial islands in the region and building military facilities there. The International Court of Arbitration in The Hague rejected China’s claims again in 2016. But Beijing ignores this.

Despite the threats, liberal Taiwan considers itself an independent country and is seeking diplomatic recognition in the world.