Biden to the United Nations: “The European Union is a key partner in security and climate challenges” 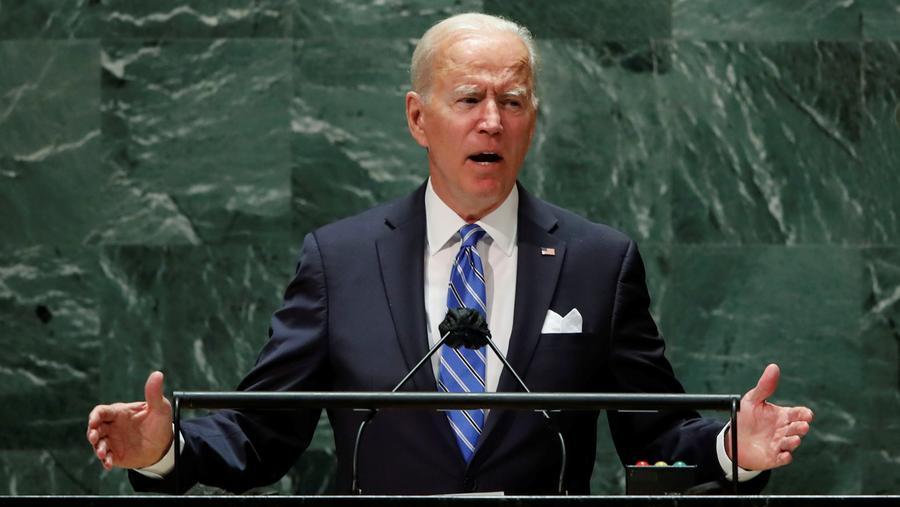 The President of the United States promises a commitment of 100 billion dollars. Guterres: “The world has never been divided and threatened like this: we are on the edge of the abyss”

New York. “Never before has the world been threatened or divided, we are on the edge of the abyss and we are moving in the wrong direction. I am here to sound the alarm, the world must wake up,” said UN Secretary-General António Guterres at the opening of the debate at the 76th session “We are facing the greatest series of crises of our lives,” he continued, citing the Covid pandemic, global warming, turmoil from Afghanistan to Ethiopia to Yemen, and a wave of mistrust and misinformation.

Covid and the climate crisis have “highlighted the profound fragility as a society and planet – continued Guterres -. The people we serve and represent can lose faith not only in their governments and institutions, but in the values ​​that have driven the work of the United Nations for more than 75 years.” According to the Secretary-General, “a collapse of trust leads to a collapse of values. Promises, after all, are useless if people do not see results in their daily lives. In his view, there are six watersheds in the Grand Canyons that need to be “bridled now”: “First we must We have to bridge the peace gap, then the climate gap, and the gap between rich and poor (within and between countries), and that is the gender of masculinity or femininity. Hence, restoring trust and inspiring hope means bridging the digital divide, and finally we have to bridge the generational divide.”

Speaking of the gap: “The majority of the world’s richest have been vaccinated, and more than 90% of Africans are still waiting for their first dose. This is a moral accusation against the state of our world, it is outrageous,” Guterres repeats. “On the one hand, we see vaccines developed in record time – he continued – and on the other hand we see that this victory was canceled by the tragedy of a lack of political will, selfishness and mistrust. We passed the test from the point of view of science but in ethics we took zero ».

Regarding vaccines and climate, Guterres asks, “UN member states should “do their part and not wait for others to move first.” Referring to the difficult relationship between the United States and China, without directly mentioning it: “It would be impossible to meet dramatic economic and development challenges while The world’s largest economies will be one against the other.”
Then he follows the path: Countries must cut CO2 emissions “immediately”. Half of humanity does not have access to the Internet. We must connect everyone by 2030.”

“This is our time. A moment of transformation and revival of pluralism. An age of possibilities. Let us restore trust, inspire hope, and start right away.”

Biden, first speech as US president
US President Joe Biden, in his first address to the United Nations General Assembly, pledged to work with Congress to double the US’s previous commitment to funding climate-vulnerable countries (which amounted to $5.7 billion). He said rich countries “would be able to reach the goal of mobilizing $100 billion” annually as a measure against global warming.

See also  What do you expect from the global minimum tax? jaw knot

The climate emergency is a “red symbol for humanity”, and the world is “rapidly approaching the point of no return” With extreme events killing people and costing billions of dollars in damage, every country must “take on the highest possible ambitions” at the climate conference in Glasgow.

Also referring to the withdrawal from Afghanistan: “Instead of continuing with the wars of the past, let us fix our eyes and direct our resources to the major challenges of our collective future,” “We are opening a new era of diplomacy. American military power should be the last resort, not the first, and it should not be the solution to every problem we see in the world.”

Extending a helping hand to Europe Against the backdrop of the submarine crisis, Biden stressed that “the European Union is our main partner in climate and security challenges” and concluded: “We choose to build a better future, you and I, we can’t afford it. Waste more time. Let’s go to work, let us build that better future now: we can do it, it is in our power and in our capabilities.”