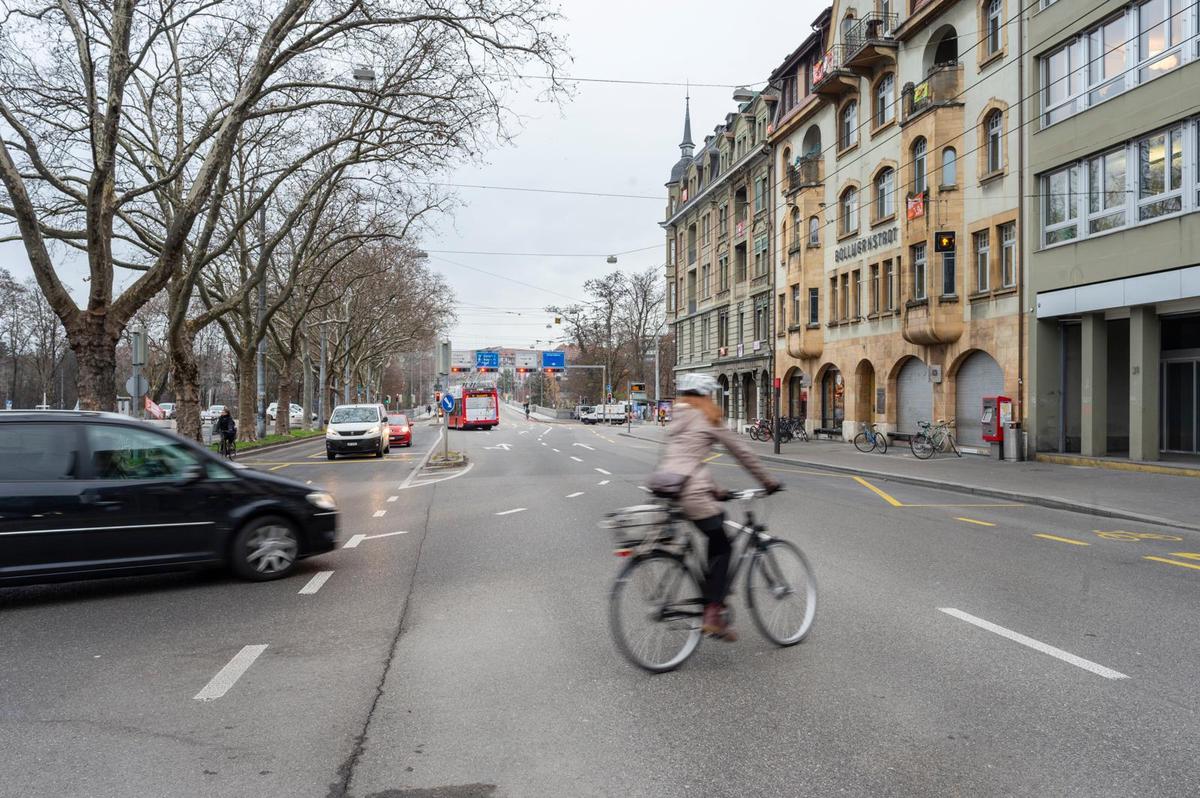 – Traffic in the Bahnhof-Bollwerk area should become safer

Among other things, a motorized traffic lane must be dismantled in the fort in order to be able to expand the bike lane.

The City of Bern intends to take short and medium term measures to make the traffic in Bahnhof-Bulwerk safer. For example, a motorized traffic lane at the fort must be dismantled outside the city in order to be able to expand the bike lane.

In the direction of the city, bike traffic should be directed in the bus lane, the local council announced Thursday.

Measures that can be implemented at short notice must be investigated, planned and implemented in 2022. In the medium term, the city aims to introduce two-way bicycle traffic in Schauplatzgasse. This project will be implemented in close cooperation with Bernmobil and other stakeholders.

Pedestrian traffic improvements are also planned between Bahnhofplatz and Bollwerk: the sidewalk on the side of the station will be expanded. There are also plans to check out the fort’s new traffic light system or the bike guide at the station yard. Various measures based on the demands of the city council.

On the one hand, planning work should be completed, and on the other hand, the first actions can already be carried out from 2022.

Did you find an error? Report it now.