Because the US-Russian relations will get worse with Biden 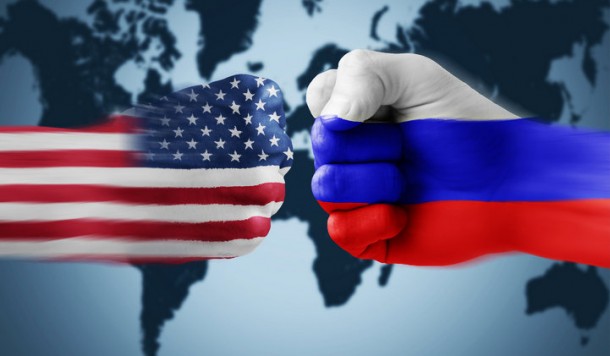 How will US-Russian relations with the Biden administration change? The analysis by Nona Mikhelidze, Head of Iai’s “Eastern Europe and Eurasia” program, was published in International affairs

In the last years Relations Between the United States and Russia gradually deteriorated due to the various crises that began with the Russian invasion of Georgia in August 2008, and continued with the annexation of the Crimea peninsula in 2014, and then with the conflict still active in Ukraine, the Kremlin’s hybrid war against the West, until its alleged interference in politics Interior and above all In the elections From the transatlantic axis countries.

In 2014, the United States imposed punitive sanctions on Russia, in an attempt to increase and strengthen them from year to year. Nord Stream 2 – The gas pipeline that carries gas from Russia to Germany – in 2019. Russian Foreign Minister Sergey Lavrov commented at the time: “The US Congress is overwhelmed with the desire to do everything in its power to destroy US-Russian relations.”

The situation got worse after that Casu Scribal In 2018 likewise, in recent months, after Alexei Navalny was poisoned With novichok nerve agent. At the end of 2020, Washington said that a group of hackers with the support of the Russian intelligence agency SVR carried out a dangerous cyber attack on the United States’ federal government.

Faced with this context, what US foreign policy might be Joe Biden in the White House Against Russia? How can Moscow respond?

Democracy is back on the agenda

“I will call on my colleagues, democratic leaders around the world to put democracy promotion back on the global agenda … Vladimir Putin wants to believe, and to make everyone believe, that the liberal idea is“ outdated. ”But he does so because he is afraid of his authority: Joe Biden’s words at the opening of the article “Why should America lead one more time?”Published last year in Foreign Affairs, he argued that fighting corruption, defending authoritarianism, and promoting human rights around the world would be among the top priorities on his administration’s foreign policy agenda.

Its allies in promoting democracy will not only be like-minded national governments, but also and possibly especially civil society organizations and human rights activists. In this context, Biden promised to “impose real costs on Russia for violating international standards and standing by the Russian civil society, which has lined up courageously several times against President Vladimir Putin’s authoritarian regime.”

In the area of ​​democracy promotion, the front line on the “battlefield” as the new US administration and Russia will face each other will also encompass the post-Soviet region and will include at least Ukraine, Belarus, and Georgia. As Barack Obama’s deputy, Joe Biden has dealt with US-Ukraine relations and has visited the country on six occasions. Very active in promoting anti-corruption reforms, and fought hard to uphold the rule of law. During the last election campaign, The Democrat promised to increase aid to Ukraine, Including military support. Thus, one can only expect a further strengthening of relations with Kiev, not only in the sphere of democracy promotion and in the process of implementing reforms, but also in the field of security.

A greater emphasis will also be applied to democracy in Georgia, where a minority government system is in power, and in BelarusAmid months of continuous protests against the dictatorship of Alexander Lukashenko. Biden has already spoken of his support for the Belarusian people, and has criticized Moscow for its tyrannical aid in maintaining power.

Thus, according to Biden, and by his own admission, democratizing the post-Soviet space “would serve as a strong counter-example to the rule of kleptocratic and authoritarian government in Moscow, and would delegitimize its power in the long run.”

However, Biden’s willingness to return democracy to the global agenda will put relations between Washington and Moscow in the balance. As early as 2012, Putin was convinced that the West was preparing to overthrow his government and end his leadership. Likewise, he condemned the “color revolutions” in the Russian neighborhood, and claimed that Washington was behind the “European Square” events in 2013-2014, which he saw as nothing but a coup and an unconstitutional attempt to topple the government. Pro-Russian Kiev.

In general, the Kremlin has interpreted the promotion of democracy by the United States as an American intervention in the sphere of Russian influence, imposed with the aim of creating pro-US governments to come to power, thus sparking regime change also in Russia. In response, Putin created his own narrative about Russian democracy, which has its own traditions of autonomy and is not an embodiment of standards imposed from outside.

Before the upcoming parliamentary elections in Russia in 2021 – given The deteriorating social and economic context in the country The Kremlin has already taken some caution, starting to curtail political life and citizen activities. Putin has just signed a new bill on “foreign agents” to refer to NGOs, the media, journalists and human rights activists who receive aid from abroad; All the facts are suspected of being involved “in the interest of a foreign country.” With the controversial new restrictions, restrictions have also been imposed on public demonstrations and road closures in protest have been criminalized.

CUPO image on the horizon

Thus, as Joe Biden prepares to lead the transatlantic community in promoting Western values, the Kremlin begins to harden its authoritarian regime. Given that neither side will concede its principles and geopolitical interests, one cannot help but imagine a bleak picture full of political and diplomatic crises between the two countries.

However, occasional cooperation and agreements cannot be excluded. The extension of the New Beginning Treaty on the Reduction of US and Russian nuclear warheads, due to expire in February this year, could be the first example.

The article was published on affarinternazionali.it

Registration was successful, you should receive an email with which you must confirm your registration. Thank you, your Team Start magazine