Because the Schulz government in Germany will be pro-Israel 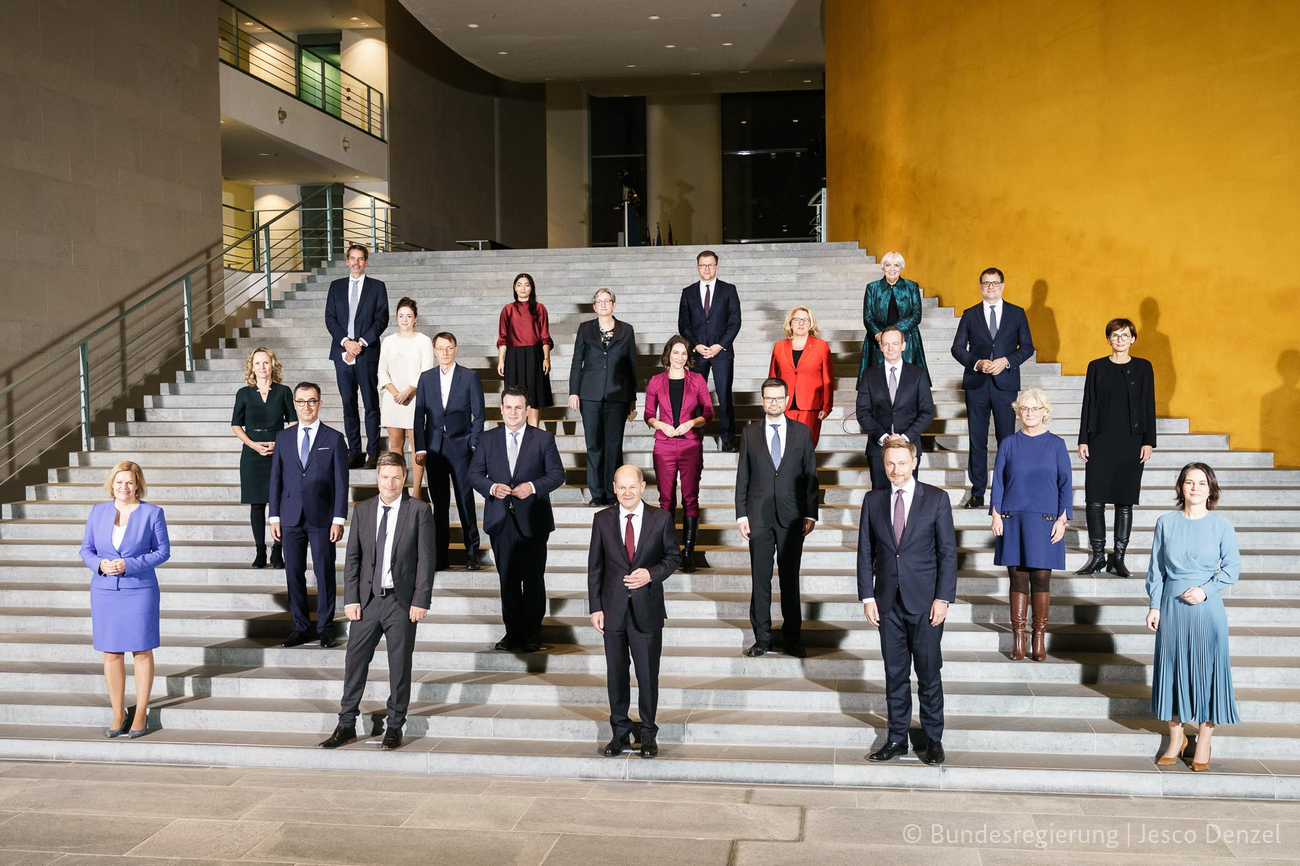 In foreign policy, the Schulz government is moving away from Merkel’s pragmatism with China and Russia, and supporting Israel as never before. Tino Oldani’s article for Italy today

The new German government, led by Chancellor Olaf Schulz, the SPD, the Socialists and the green Foreign Minister Annallina Barbock, wants to give a new course to German foreign policy. He will certainly remain pro-European, to the point where he asserts in the Traffic Light Alliance program that “European is non-negotiable.” There will also be continuity on other issues, on which the government’s program is clear: it affirms its commitment to NATO, the European Green Agreement, the Stability Agreement and the “strong German-French partnership”. But in terms of relations with other global players, such as the United States, China and Russia, potential changes in direction regarding Angela Merkel’s policy are imminent. A topic hitherto ignored by the mainstream media, fascinated by gender equality in the appointment of ministries in the new German government, to which they have devoted entire pages. But the geostrategic issue has been overlooked in even the most meticulous analyzes.

“The new political cycle, envisioned only at the moment, can be summed up for Chancellor Schulz in a departure from the pragmatism that characterized the personality of Chancellor Merkel,” says Federico Neglia, professor of the history of international relations at the International University. Foreign Affairs of Perugia. If during the fifteen years of Kanzelerin’s rule the CDU maintained its leadership and overlapped with and seized upon the programs and demands of other parties, it seems to Schulz that there was an intention to respect the identity spaces of the parties, a premise that seems to be confirmed by the outsourcing of the key ministries to the leaders of the Green Party and FPD and the Liberals.” However, maintaining a compromise within the government between defining the conflicting views of the leaders of the three parties (Social Democrats, Greens and Liberals), and striking a different equilibrium from paralysis, does not appear to be an easy task.

It is known that Schulze and Barbock have different views on international relations. The German Social Democrats, for example, have always had friendly relations with Vladimir Putin’s Russia, as did Merkel. The rapprochement was initiated by former Chancellor Gerhard Schroeder, in favor of the construction of the first Nord Stream gas pipeline and since 2017 the head of the Russian Rosneft group, and continued by Frank-Walter Steinmeier, former foreign minister in Merkel’s governments, current head of the Cabinet. Federal Republic. On the other hand, Barbuk has always been against the Russian gas pipeline and, as the leader of the Greens, has always been against the construction of Nord Stream 2 and the use of gas as fossil energy. Not only that: Even if in recent months she has lost the political polish she had in the spring, when some predicted she would be the next chancellor, and even if the Greens’ most sought-after ministry, the Department of Economy and Climate, had been appointed to Robert Habeck, his deputy as co-chair For the Greens, and a certain deputy chaplain, however, Barbock has always been given a major as foreign affairs.

Some, given her inexperience in the diplomatic world, considered her unsuitable for the position. But others, who admire her determination, remember her studies in the United States (Florida High School) and in England (London School), and assert that she was always pro-American and pro-Atlantic, in favor of anti-Russian sanctions and Ukraine’s entry into NATO, as well as siding with Joe Biden’s positions. hard-line against China and authoritarian states. The positions are very different from those of Merkel and Schulz, both of whom so far agree to support German new mercantilism in China, and are unwilling to take orders from Washington. For this reason, Neglia notes, “It remains to be understood whether the German political course What’s new will also turn out to be a change of course on global issues.”

On this last point, French essayist Thierry Meyssan notes, on Voltairenet.org, that “The Traffic Signal Coalition Agreement harmonizes German policy, point by point, with that of the Anglo-Saxons (US and UK)”. Not only. The Schulz government is now going further, especially on a crucial issue for the world’s big name advisers, the relationship with Israel. The program agreement states: “The security of Israel is in the national interest of Germany, which is committed to blocking anti-Semitic attempts to condemn Israel, including at the United Nations. Likewise, he declares that Germany will continue to support a “two-state” solution to the Israeli-Palestinian conflict (that is, it will oppose the “one man, one vote” principle), and welcomes the normalization of relations between Israel and Palestine. Arab countries. Maysan’s conclusion: “It is a promotion of a minority and not the only protection. The Schulz government is working to destroy traditional SPD politics, whose Foreign Minister Sigmar Gabriel, in office from 2013 to 2018, defined the Israeli regime as apartheid.”

On closer examination, when he defines Israel’s security as “Germany’s raison d’être”, the Schulz government program shows greater continuity of the policy of Merkel, who in 2015, unlike Gabriel, defended Tel Aviv by the sword. From Iran’s threats: “Israel’s security has always been and remains important to every German chancellor, and therefore it will be so in the future. Mines are not only military, but a global commitment to Israel’s security. We are certainly not impartial.” Incidentally, she indignantly rejected any attempt to compare Tel Aviv’s policy toward the Palestinians with the Holocaust: “The Holocaust as an apparent attempt to eradicate the Jews is a unique crime. This kind of comparison is completely wrong and incomprehensible.”

The article was published on Italy today

See also  Tesla is pushing a new Beta update for autonomous driving, says Elon Musk, that could cut interventions by a third