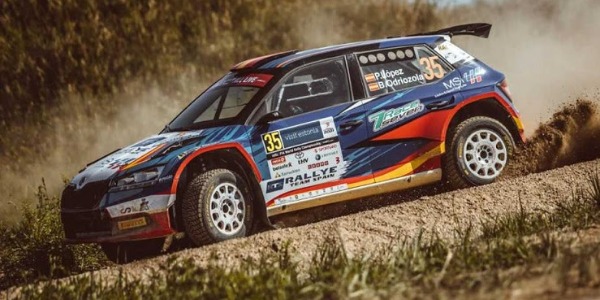 Two-time Spanish rally champion, Pepe Lopez, faces a new round of the WRC3 World Championship. He will tackle the difficult stages of Rally Finland, accompanied by his assistant Borja Odriozola.

This is the fourth rally of the season in the WRC 3 class for Pepe López, who in this World Cup event will have to face a competition made up of many local drivers, aggravated by the hostilities on Finnish roads.

Despite this, they arrived motivated and excited to fight to be on top again, as they did in the Rally Italia-Sardinia, where they managed to climb up the second step of the podium, and in the also challenging Rally Estonia, in which they managed to take fourth place.

Pepe Lopez: “We come to Rally Finland with great enthusiasm. A legendary rally on the calendar, probably the most important in the world. We want to do well, even though we know it will be difficult because it is not the best terrain and it is our first participation. We are facing it with all the enthusiasm. And all the effort in our hands to try and leave the winger high, for the Rally Spain team, the Spanish Federation, CSD and MSi.”

Borja Odriozola: “We are approaching the preparations for this Finnish rally with tremendous enthusiasm. They are very legendary stages, in a great environment and we really want to have a good experience and try to get a good result. We appreciate all the support and effort of the Institute of Automobiles and Sports and the Spanish Federation. We hope to do well. “.