Awaiting Android 12 launch: a new look, easier controls, and a focus on privacy 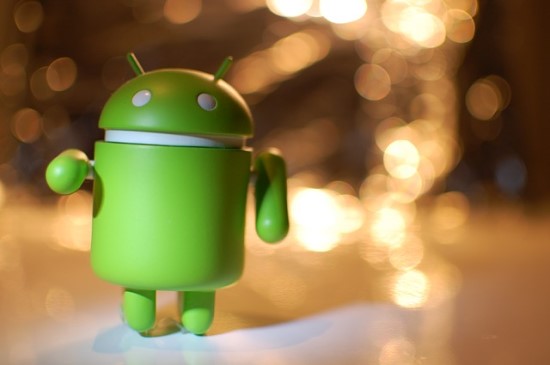 In early October, Google will release a new version of the world’s most popular operating system, Android 12. What innovations in appearance and functionality will it offer and smart owners who will be the first to get it – Rimante Marchauschini, an expert on smart devices at Telia, talks about all this.

“The latest Beta 5 beta, which was released in early September, gave us a very clear picture of what we can expect from Android 12. This release is already being called one of the biggest improvements in Android in recent years: from changing the user interface and design, to the attention privacy policy and a host of new features.

Like every new version of Android, it has performance, battery-saving, and security improvements, but not everyone notices them. Therefore, the Telia expert invites you to familiarize yourself with seven innovations of Android 12 that will not leave you indifferent:

Android only changes its appearance every few years, and this update is just that. The new Material You user interface, as its name suggests, offers more customization options. The color gamut of the whole operating system is determined according to the wallpaper you set, and the settings of the Material You theme can be changed to suit your needs. Changes await in other areas as well, from the dashboard, which has become more spacious and clearer, to the controls that app developers can adapt to the design of the operating system.

With each new generation of Android, Google is paying more and more attention to privacy settings. This time around, a new feature called Privacy Dashboard has been added to the operating system to notify users of the access granted to the tools. For example, you can easily see which apps have access to your location, camera, phone, mobile internet, and other phone sensors or features, as well as revoke these permissions with a single click. Furthermore, if the app in the background is using the phone’s microphone or camera, you’ll see a warning in the top right of the screen.

Previously, Android allowed you to find specific apps by their name, and Android 12 made searching in the App Store more advanced. When you start typing a search term, you’ll see not only the apps matching it, but also information from other apps — contacts on your phone, gadget features, video or music, and more. For example, entering “te” might prompt you to create a new one in aKeep Notes Reminder in aresei or listen to the song “Foo Fighin ars’ music. Finally, if you can’t find what you’re looking for on your phone, you’ll be prompted to search through Google.

Swipe up from the top of the screen, and the quick settings menu not only changed the look, but also got new features like Google Pay integration and smart home controls. As Google representatives say, you can now manage almost the entire operating system from here.

The long-awaited feature for many people will finally become a reality: Android 12 will allow you to take continuous screenshots that display not only the image currently displayed on the screen, but also what is above or below. For example, you can save a long article, social network post, or other content as an image that requires you to scroll down several times on the screen to view it.

Gamers have been waiting (also) for a long time, and some phone manufacturers have had similar capabilities on their Android smartphones for years. Either way, Game Dashboard is a long-awaited addition to the operating system, where players can find screenshots, screenshots, game optimization menus, FPS meter, DND function, YT quick link, and other related settings in one place. Didn’t you understand something? Perhaps this is irrelevant to you.

See also  Here's how you can start playing now

When the screen auto-rotate is turned on, the phone responds to the ground and displays the image as it is tilted. However, there is one situation where people are only bothered by this: lying on the bed on the side. If you care to turn off auto-rotate to read an interesting article or watch your favorite series before bed, Android 12 will end your problem – Google has found a solution. This solution is artificial intelligence: when you turn on the phone, it scans and positions the user’s face and decides whether to rotate the screen or not. True, remember that looking at a phone screen right before bed or just getting up in the morning isn’t particularly eye-healthy.

Android 12 will be the first to be installed by owners of Google’s own Pixel smartphones, and will be available from the Pixel 3 to the Pixel 6, expected later this year. Also this year, the update is expected to reach owners of the latest flagship phones from Samsung, OnePlus, Asus, Xiaomi, and some smaller manufacturers.