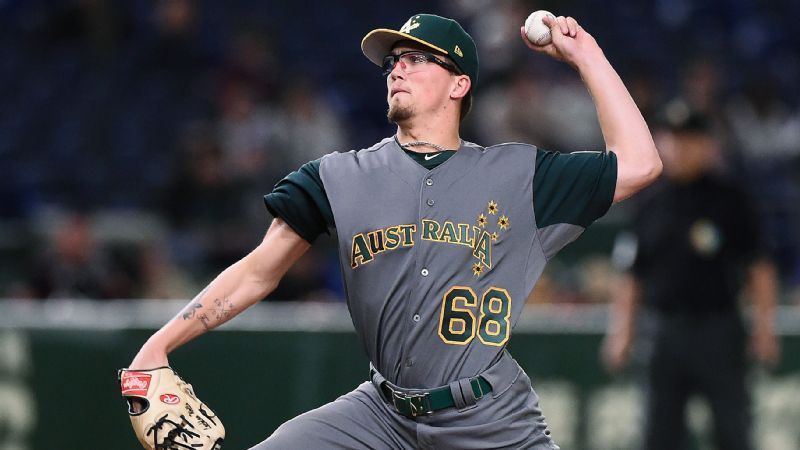 Australia, citing concerns over the coronavirus pandemic, has announced that it will not participate in the last Olympic baseball qualifiers, scheduled for June 22-26 in Puebla, Mexico.

Australia joins China and Taiwan, who – for the same reasons – also gave up the opportunity to play the final World Baseball and Softball Federation (WBSC) match that will mark the ball’s return to the Olympics.

The WBSC final playoff was originally scheduled to take place in Taiwan, but had to be moved in case of emergency due to an increase in coronavirus cases on the Asian island. Changing regions with little time before the start of the Olympics had an impact on the decision.

“Attending the latest Olympic qualifiers in the world of COVID will always pose significant challenges. We have worked through multiple options and scenarios, but the logistical challenges of providing a safe environment for the group have been insurmountable,” said Glenn Williams, CEO of Baseball Australia. The body that manages this sport in the great nation of Oceania.

“The complexity of moving such a large group across two countries, with limited flights available, presents a real risk that members of the group will remain detained abroad and require medical treatment. The timing of return to Australia also presents difficulties in establishing a clear path to Tokyo,” Williams told the team. If he qualifies.

With Australia, China and Taiwan gone, Puebla’s playoff will be played with three teams. The Kingdom of the Netherlands, the Dominican Republic and Venezuela, with a different format than the previous qualifiers. The WBSC announced that at Hermanus Cerdan Stadium there will be a free-for-all player who will send the first place to the final, while the other two will play the semi-final match.

The winner of the qualifiers in Puebla will join South Korea, the United States, Israel, Mexico and Japan for the Tokyo 2020 baseball game. The ball has not had a place on the Olympics program since Beijing 2008 and has already been excluded from Paris 2024. It is very likely that he will return for assignment in Los Angeles 2028.

Australia participated in all official Olympic tournaments, except for the first (Barcelona 1992), and finished second in Athens 2004, when it lost the final to Cuba.