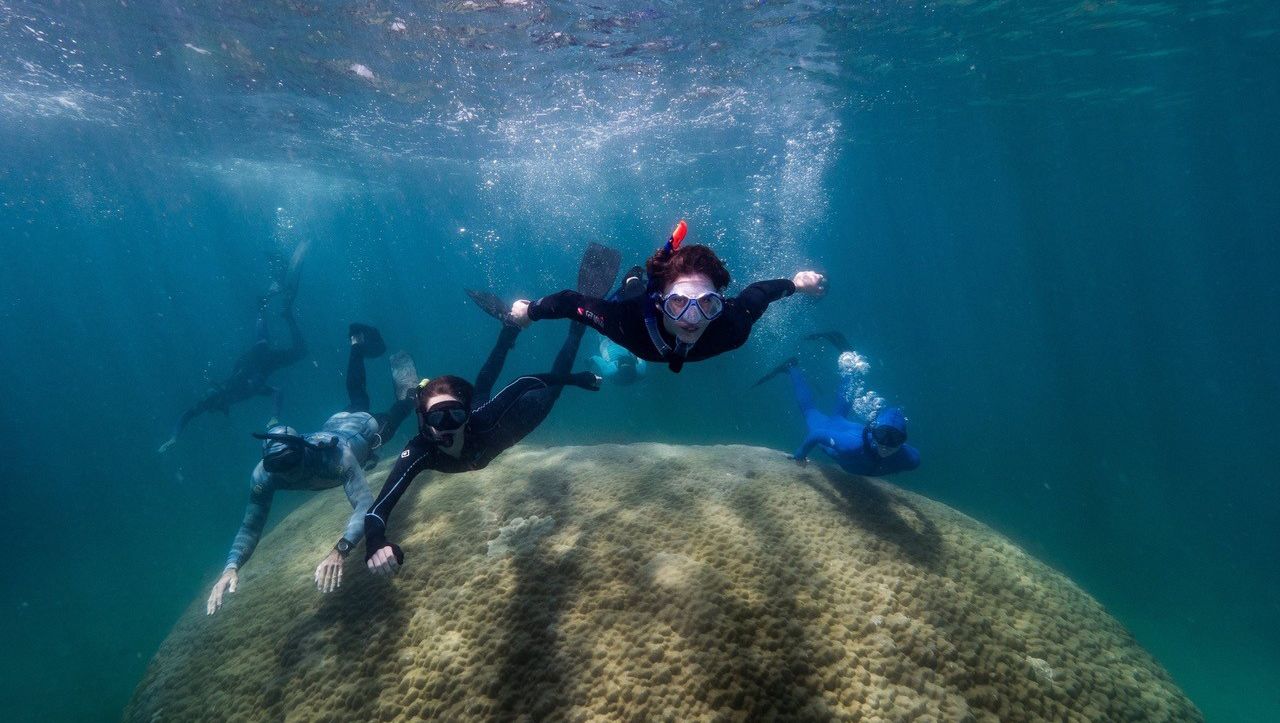 Researchers have discovered a giant coral more than ten meters wide in the Great Barrier Reef off the Australian coast. It is the largest coral reef ever recorded there, the team reported in the specialized journal Scientific Reports. At 5.3 metres, it is also the sixth tallest coral measured of all reefs – and is several hundred years old.

Hard coral near Orpheus Island belongs to the Porites group, and covers 30 percent of its surface with sponges and algae, reports Adam Smith’s group from James Cook University in Douglas.

The growth of Burrit’s corals is largely dependent on the average sea surface temperature. In coordination with the Australian Institute of Marine Science (AIMS), the researchers calculated an annual increase in height of 1.21 cm for the giant corals. At an altitude of 5.3 meters, this resulted in an age of 438 years. “This was long before European exploration and settlement in Australia,” the researchers wrote. AIMS also determined the age of 328 colonies of megapuritan corals and also established a maximum age of 436 years. Thus the discovered reef is also one of the oldest corals in the Great Barrier Reef.

“Muga Dhambe” has survived many storms and bleaching

The scientists named the reef “Moga dambi”, which means “large coral reef” in the language of the indigenous Manbara people living in the area. Muga Dambi is believed to have survived 99 coral bleaching events that have occurred on the reef since 1575. From 1858 to 2008, 46 tropical cyclones were also recorded in this area, which apparently could not harm the reefs. “Looking forward, there is real concern for coral on the Great Barrier Reef due to many impacts including climate change, water quality degradation, overfishing, and coastal development,” Smith and colleagues write.

Climate change threatens coral reefs around the world. The Intergovernmental Panel on Climate Change (IPCC) assumes that 70 to 90 percent of coral reefs will disappear if the temperature increases by 1.5 degrees Celsius. In addition to ocean pollution, marine heat waves are an enemy of coral reefs. They cannot tolerate high temperatures well. If the water becomes too warm, it will turn into bleach.