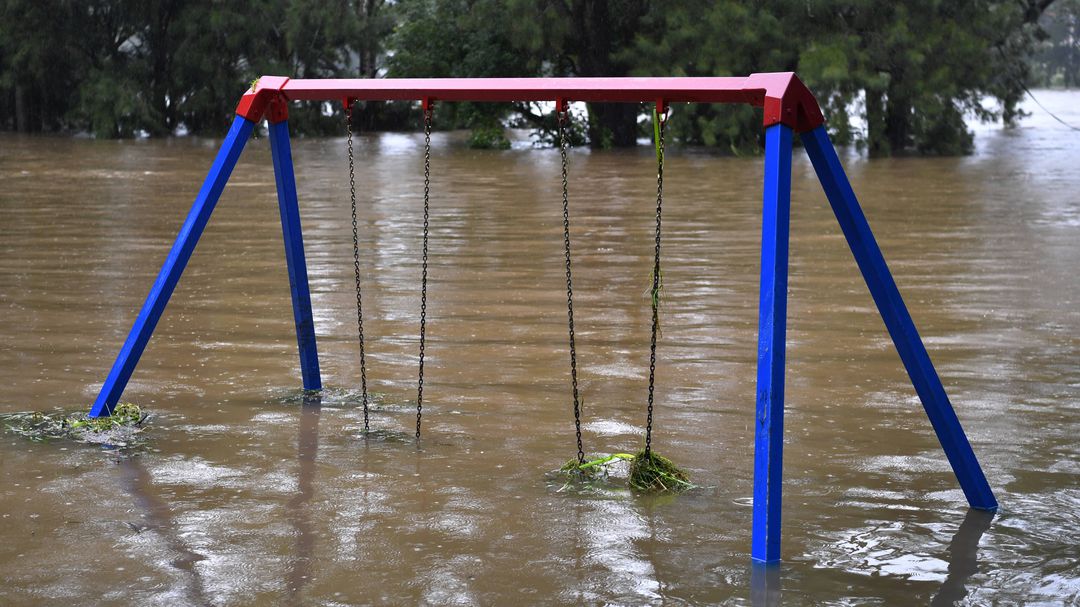 Politicians are already talking about the flood of the century. The extent of the current natural disaster in eastern Australia cannot be foreseen yet. Large parts of Sydney and the East Coast were flooded. Thousands have already been evacuated. But in addition to images of flooded homes, parks, and city centers, images of animals escaping from water masses are now increasing in the media.

Some residents are now reporting real spider invasions. Crawling animals save themselves from floods on house walls, climb fences or lampposts, or seek shelter in homes.

Melanie Williams of McPhail, about a five-hour drive north of Sydney, told Australian ABC that she had “never seen” anything like this. She said, “As the water rose and the mailbox continued to sink, I could see all these little black things and thought,“ Oh, my God, these are spiders. ”Then I looked at the neighbor’s wall and there were“ thousands ”there.

While Williams found the experience frightening, the behavior of the spiders sparked science. Dieter Hushuli, an ecologist from the University of Sydney, described the phenomenon as “fascinating”. He said spiders have always been there, and you wouldn’t usually notice them. All of this is a sign of a “living ecosystem”. Biologist and spider expert Lizzie Lowe also confirmed on Twitter that this “was not a nightmare or a nuisance.” Instead, spiders are “native animal species that would escape from floods like everyone else”.

Perhaps the largest spider web in the world

Nor is the “wonderful phenomenon” unique. Also in 2016, thousands of spiders saved themselves, for example in higher ground. At that time, parts of the Australian island of Tasmania were flooded. The eight-legged creatures woven island trees into what is likely the largest spiderweb in the world – images that were also transmitted around the world at the time.

Five years ago, a spider expert at the Queensland Museum asserted that such a spider infestation is completely harmless. “No worries,” said Robert Raven in an interview with ABC at the time. “It’s just a cool nature event that shows how many spiders are around the tracks.” A year ago, countless spiders also occupied the small Australian town of Goulburn in the state of New South Wales and created homes and meadows covered in sea cobwebs.