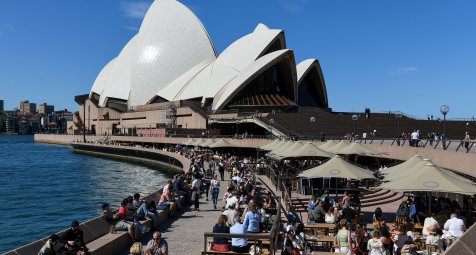 Sydney – Australia has reached a milestone in vaccination: As of today, more than 70 per cent of the population over the age of 16 has been fully vaccinated against the SARS-CoV-2 coronavirus. “To be exact, they are
70,007 percent of Australians. “It’s an impressive number,” Health Secretary Greg Hunt said.

“It allows us to look at what we can also do to get back to some sort of normal COVID life here in Australia,” said government health adviser Paul Kelly.

The government recently announced that as vaccinations progress, it also wants to gradually reopen the country’s international borders, which have been closed since March 2020. First, fully vaccinated Australian citizens and residents of Australia will be allowed to travel more freely again. It is still unclear when the tourists will be allowed to disembark again.

The authorities had largely isolated the country from the rest of the world about a year and a half ago. Since then, many Australians have not been able to travel back to their home countries because the cost of flights and quarantines are too high and permits are difficult to obtain. On the contrary, nearly 25 million Australians are largely stuck in the country.

Additionally, very strict lockdowns have been imposed repeatedly in only a few cases in recent months. According to the government, these things will now become increasingly unlikely. The vaccination campaign in Australia started very slowly, but it quickly gained momentum. © dpa / aerzteblatt.de