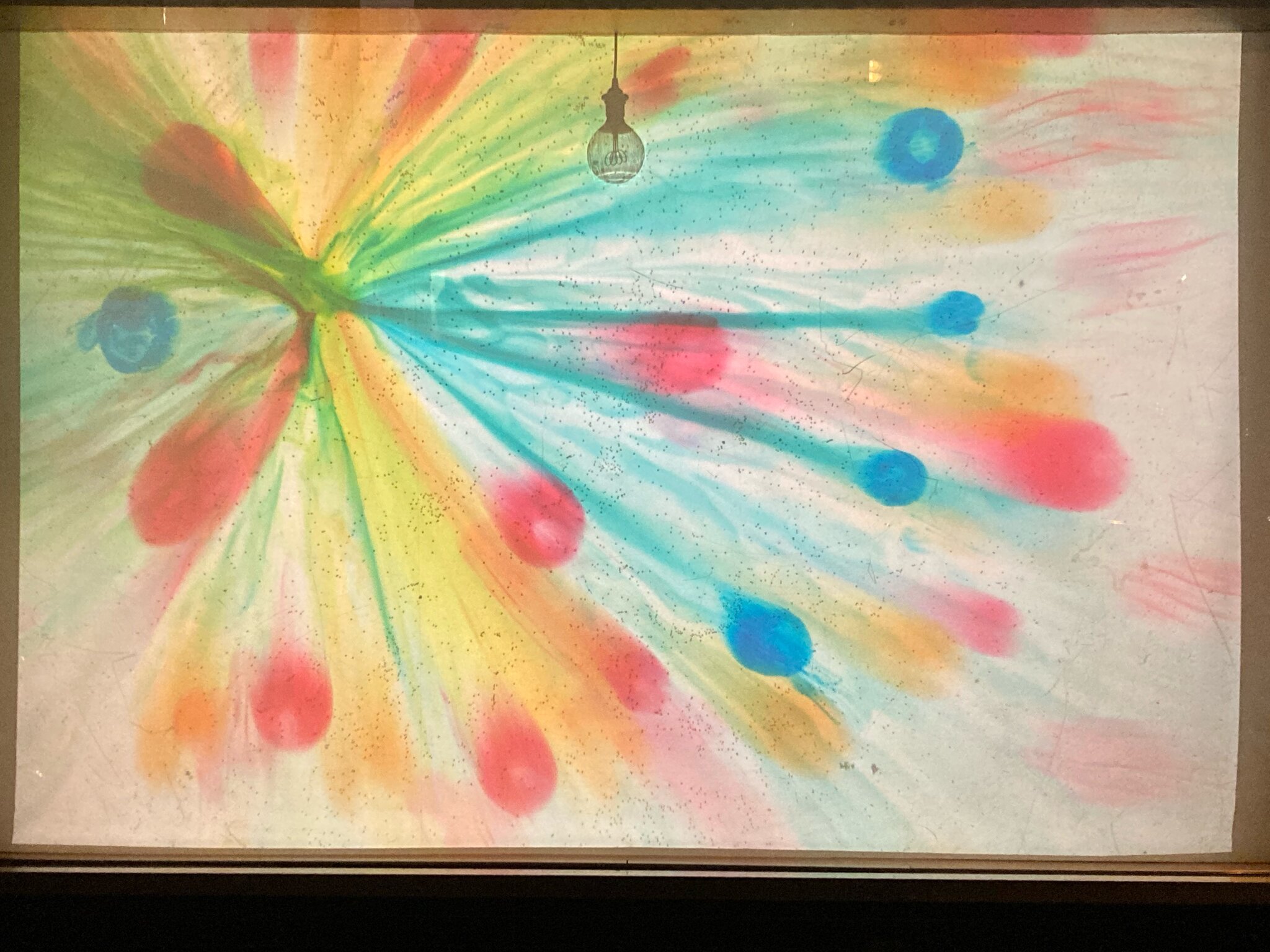 Since the beginning of February, the show can be seen every evening and every morning on the big screen in the right window of the theater “der leer raum” in Frohnhausen. In the shop window to the left there is a bilingual quote from a world known woman of various origins; The image on the canvas relates to the content of the quote.

The ever-changing color image has been sparkling every evening and early morning in the Raumerstraße 11 store window since November of last year. To add a bit of color to the street, neighborhood, and closures, the theater started creating a “shop window” and everyone worked in a daily story for 30 days from Monday through Friday evening. Every weekday, theater makers Mariela Rossi and Claudia Maurer create a new element in the story that interested people can watch from the street.

In the Multicultural Theater Café, which takes place every Wednesday afternoon at Zoom “in” theater, the desire appeared at the same time to develop a project for International Women’s Day on March 8th. This idea coincided with the intent of the two plays to continue using the dark season for their projections this year until the time change on March 28th. This is how the #frauenworte shared concept emerged.

In the theater café and in the interested neighborhood, quotes from women are now collected, an image is created for each quote in the theater café and the image is executed directly by the artists on the overhead projector every Monday evening. As a collaboration partner, the Essen Equal Opportunities office will present its work at Theatrecafé on March 3, and with financial support from donors and representation from Region 3, guest artists can also be invited to this project.

So far, the idea has been so well received that all show dates until the end of March have been filled with quotes and guest artists have been asked. Claudia Maurer and Mariela Rossi invite you to submit quotes anyway, because the left-front of the theater is generally marked with a poem or quote year-round, so each quote will find its place in the segment throughout the year. And as soon as it gets darker in the evening, it is possible to drop again.

Anyone interested can collaborate on design every Wednesday at the Theater Café using zoom, and on Monday evenings you can also zoom in and continue creating the show from within. You can also view only from Raumerstraße.