AstraZeneca doses are still in the refrigerator (in Calabria 42%). Northern regions “data for us” 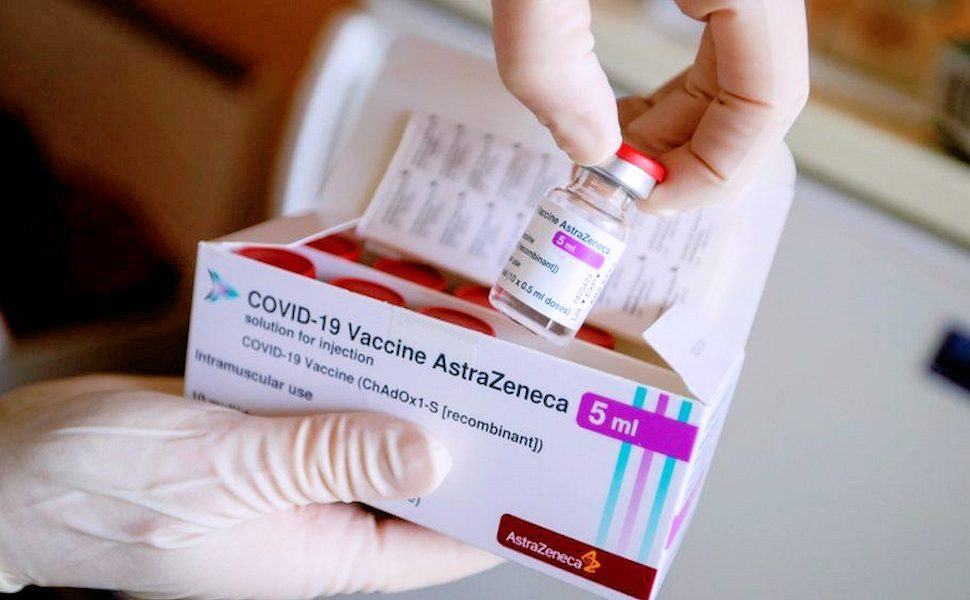 Cosenza – On a joint note, Acting President Sperley and Acta Health Commissioner Guido Longo spoke about what had been published by some newspapers and Alleged lack of positives In the calculation of the total weekly calculation of Calabria, which could distort the RT index and some indicators in the ISS control room decisions and in observation. Longo and Spirlì vehemently rejected the hypothesis, stating that “professionals in the territory, health facilities and the territory work every day for Stop the infection curve as soon as possible and increase the immunity to the vaccination. This work allowed Calabria, despite known difficulties, to be today, entirely, the region of Italy which, since the beginning of the epidemic,i recorded the lowest number of cases (3332) and deaths (57) per 100,000 population (Data as of May 10, 2021). Even last week’s data is reassuring, as almost all parameters confirm the trend of declining infections, and with the vaccination regime, which has taken the appropriate pace, surpassing the daily targets. ”Longo and Spirlì talk about“False warnings and sterile controversy Which makes no sense at a time when, thanks to everyone’s cooperation and interest, we can expect better months for our region. ”

Clarification about the data sent

“Clarification is needed The value of pointers assigned to Calabria, In the weekly analysis of the Higher Institute of Health and the Ministry of Health, then verification in the context of the national control room. In principle, this should be highlighted The flow of data from which the regional daily bulletin originatesIt is also mentioned in The Daily Report of the Ministry of Health (through the National Civil Protection), Is derived from inTraining provided by health authorities and hospitals, supervised, compiled and sent by the region. For people who have tested positive for Covid-19, companies that care for patients, whether in hospital or in home isolation, always enter relevant health and epidemiological data into a monitoring platform of the High Institute of Health.. This data, being not necessarily in the context of diagnosing positivity, can be skewed Compared to the absolute number reported daily to the Ministry of Health / Civil Protection. “

“However, the monitoring system, within specified margins of incompatibility, considers the data equally reliable, and therefore notIt does not adversely affect the calculation of the portability index, Nor on allocating “color” to the region. If the level of misalignment is considered unacceptable, sIt will be reported immediately as a “alert”., Reference data is available anyway, as it relates to daily flow. Moreover, the reliability / reliability of the data on that platform does not stem from just a numerical comparison, but from a complex weekly examination of the quality and completeness of the input information. In the weekly report of the Ministry of Health / Cases / Control Room, the data in it includes both data from the Ministry of Health / Civil Protection flow, and data from the ISS platform. ”

“There are no omissions”

«Do not delete data – defines Spirlì and Longo – and thus exists but, simply, sThe indicator system draws its source from various databases and streams. To the already mentioned two types should be added to the Agenas (for family) and the weekly survey (for outbreaks and chains of transmission). It is well known that risk analysis is not based on a single criterion, but onComprehensive assessment of 21 indicators, Through which a specific risk rating is assigned to the area on a weekly basis. For these reasons, for example, in the week of April 19-25, 2021, despite having a transmission index (Rt) well below 1, combined analysis of all indicators (including household saturation level) identified for Calabria to attribute a “moderate” risk and confirm “The orange zone”, instead of the low risk and moving to the “yellow zone”.

READ  Priyanka Chopra sits in Nick Jonas’ lap to stare in his eyes, he states ‘I am so grateful we identified just one another’. See pic - bollywood

“Regarding the Rt Index – Spotlight on President and Commissioner – This indicator represents a later statistical estimate Which is not affected by the cases of the week of observation but by the cases of the previous week. Moreover, there is an attempt these days to also spread misleading news about the number of wipes that are taken per day. The daily data take into account the number of people who had a smear (molecular or rapid antigen) and the total number of smears performed on these people. For the same subject, for example only, more than one smear may be performed: Initial examination using a rapid antigen test, followed by confirmation with a molecular swab and a post-swab to announce healing. Obviously, the number of people tested will be less than the total number of tests performed. Just see the daily bulletin of the Ministry of Health To realize that, for this reason precisely, not in the region of Calabria, but in all regions of Italy, it is clear that the total number of people tested is much less than the total number of swabs performed, but in any case, all data appear correctly. In the abstracts ».