ASRock alarmed MSI and Asus: “Glad to see someone finally come back in the game” 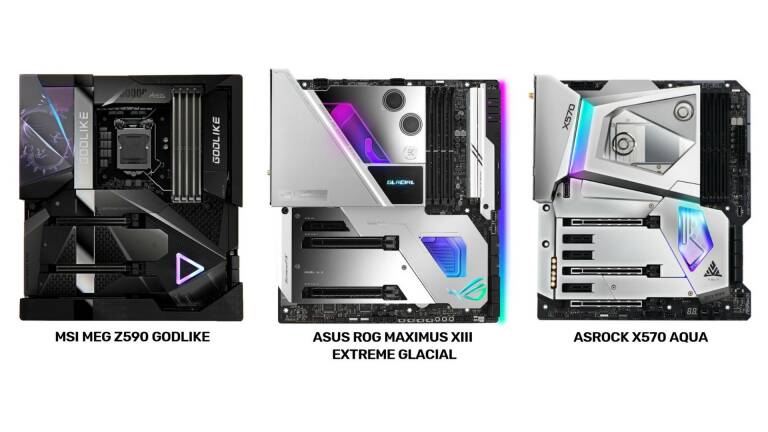 The ASRock X570 Aqua This is an enthusiast motherboard that builds on the best-in-class AMD chipset and features an integrated single piece for liquid cooling. The design of the card features decidedly aggressive lines and follows a black / silver color scheme with RGB LED illuminated areas.

During CES 2021, Asus and MSI both introduced advanced cards based on the Z590 chipset: ROG Maximus XIII Extreme Glacial Asus uses a monoblock design manufactured by EK while using MSI’s best-in-class motherboard, and Z590 GOODLEKI, Does not incorporate a liquid cooling system but uses shapes vaguely reminiscent of the ASRock product.

ASRock didn’t miss the opportunity To remind their fans that competitors may have been inspired by his product, by posting a Facebook post that read:

“It’s been boring for a while. Glad to see someone finally get back into the game after two generations.
#ASRock #AQUA # Z490 # X570 # Z590 #ASUS #ROG #MSI #Godlike #ThankYou #WeWillKeepOnInnovating #WelcomeToKeepUp ”

ASRock X570 Aqua is an expensive card that’s intended for users with extreme needs and with much deeper pockets. Council, as colleagues Video Cards, It was produced in Limited edition of only 1,000 units, The first of which was handed over to Lisa Su, CEO of AMD.

All that remains now is to wait for answers from Asus and MSI who are likely planning a social counterattack!