Argentina describes a dangerous increase in British arms in Malvinas 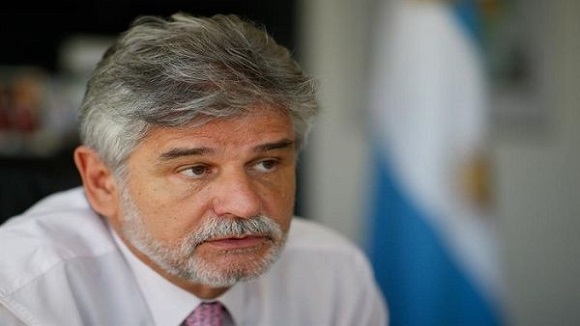 Daniel Vilmos condemned, “It is a fallacy to talk about a military base in Malvinas from a defensive perspective.” Photo: EFE.

The representative of the Argentine government said, “The United Kingdom is reasserting its colonial view,” adding that it seems “fallacious to talk about a military base in Malvinas from a defensive perspective,” referring to Johnson’s comments about national security and his defense plan. ..

“It makes no sense, because Argentina has repeatedly stated that the only way to regain the islands is peace, diplomacy, negotiation and compliance with United Nations resolutions that speak of a bilateral dialogue,” said Daniel Vilmos.

The Argentine politician also stressed the danger of “increasing the British arms race at a time when the world is concerned about saving lives in the midst of the epidemic.”

This ministry stressed that Argentina “, as stipulated in its constitution and as it has been consistently proposing since its return to democracy, recognizes only dialogue, diplomacy and peace as the only ways to restore the exercise of sovereignty in the Falkland Islands, South Georgia and the South. Sandwich.”

(With information from Telesur)