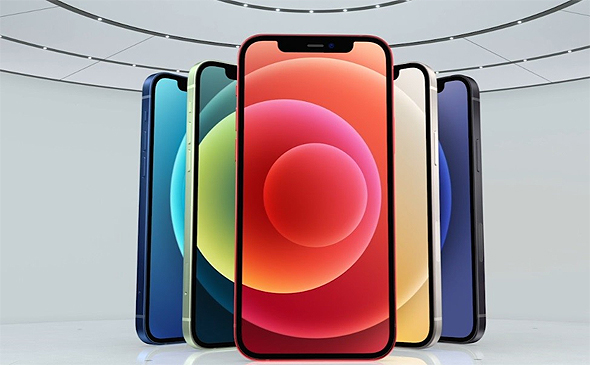 Tonight, after Wall Street closed, it released its second-quarter financial reports – dashing expectations. Revenue was $ 89.58 billion, up 54% from the same period last year – and higher than analysts’ forecasts for revenue of $ 77.36 billion. Net income per share was $ 1.4, higher than analysts’ earnings per share of 99 cents. Net income jumped 110.1% to $ 23.63 billion, compared to expectations of earnings of $ 16.6 billion. Apple shares rose 3.5% in late trading.

The increase in revenue was driven by iPhone sales of $ 47.94 billion – an increase of 65.5% over the same period last year, and higher than analysts’ forecasts for revenue of $ 41.4 billion.

The company’s other product categories also registered impressive growth, with Mac sales at $ 9.1 billion (up 70.1%), apparel and accessories sales at $ 7.84 billion (up 24.7%) and iPad sales at $ 7.81 billion (up 78.7). %). Revenue from the services category increased at a relatively low rate of 26.6%, but it still maintained its position as the second most important category in Apple with revenues of $ 16.9 billion.

By geographical distribution, China’s revenue was highlighted, rising 87.5% to $ 17.73 billion. Revenue in the United States increased 65.5% to $ 34.31 billion, in Europe by 55.8% to $ 22.26 billion, and in Japan by 48.7% to $ 7.74 billion. The Asia Pacific region, which includes India and which is a significant growth target for Apple, remains the company’s smallest geographic category, but in this quarterly report, by only a slim margin compared to Japan, it posted revenue after a 94.2% jump to $ 7.54. One billion.

“This quarter reflects the continued success of our products in helping users adjust to this moment in their lives, as well as the optimism of customers who feel better about the days ahead,” said Tim Cook, CEO of Apple. End-to-end innovation across all product groups. And we focus on how we can help our teams and the communities in which we operate to emerge from the plague into a better world. It also includes efforts like 8 gigawatts of clean new energy that we’ll bring into the $ 430 billion power grid and invest in the United States over the next five years.