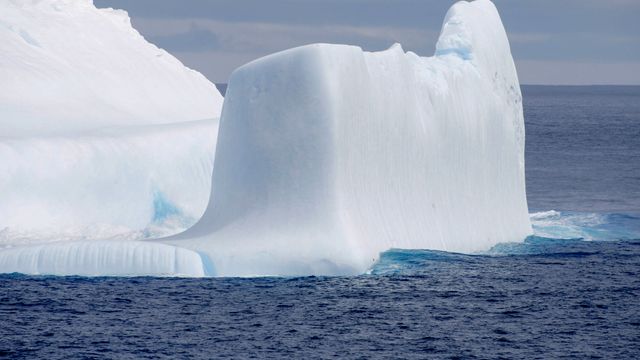 Hobart (dpa) – Climate experts around the world are urgently calling for the designation of new marine protected areas in East Antarctica, the Antarctic Peninsula and the species-rich Weddell Sea.

The next two weeks could bring decisive progress in preparation for the UN Climate Summit in Glasgow: the topic is one of the central points of the 40th CCAMLR Conference, which begins Monday in Hobart, Australia.

“The area covers nearly four million square kilometres, and thus one per cent of the world’s oceans – roughly the size of the European Union,” reads a letter from German Environmental Aid (DUH) and other climate organizations. It would be the largest marine protection measure in history and a “key lever in the fight against the global climate crisis.”

A special role for Germany

Germany has a special role to play in the negotiations because the federal government put forward a proposal to protect the Fidel Sea years ago, which was also approved by a large majority of member states, according to DUH. So far, however, the project has always been blocked by China and Russia.

“The Antarctic Southern Ocean is a vital ecosystem and plays a critical role in maintaining the 1.5 degree limit. However, it is warming at an unprecedented rate and is currently heading toward an ecological tipping point,” warned DUH Managing Director Sacha Müller-Kreiner. The federal government must do everything in its power to ensure that Hobart’s protected areas are achieved. It is a “unique opportunity for marine protection”.

At the start of the twelve-day conference, several prominent scientists warned that the oceans, which had previously protected humanity from the full extent of climate change, were increasingly suffering from sea heat waves and acidification – with dire consequences for marine ecosystems. A letter from climate researchers to the Commission for the Conservation of Antarctic Marine Living Resources said there is a risk of “enormous disturbances and devastating consequences for nature in the Arctic and Antarctica”. This also has a huge impact on important people and industries such as fishing and tourism.

See also  Literary days in the Freudenstadt region: organizers and authors scratch their feet - Freudenstadt and the surrounding area

CCAMLR will meet until October 29. The ‘Convention on the Conservation of Antarctic Marine Living Resources’ was launched in 1980. The Commission is made up of 25 countries and the European Union.