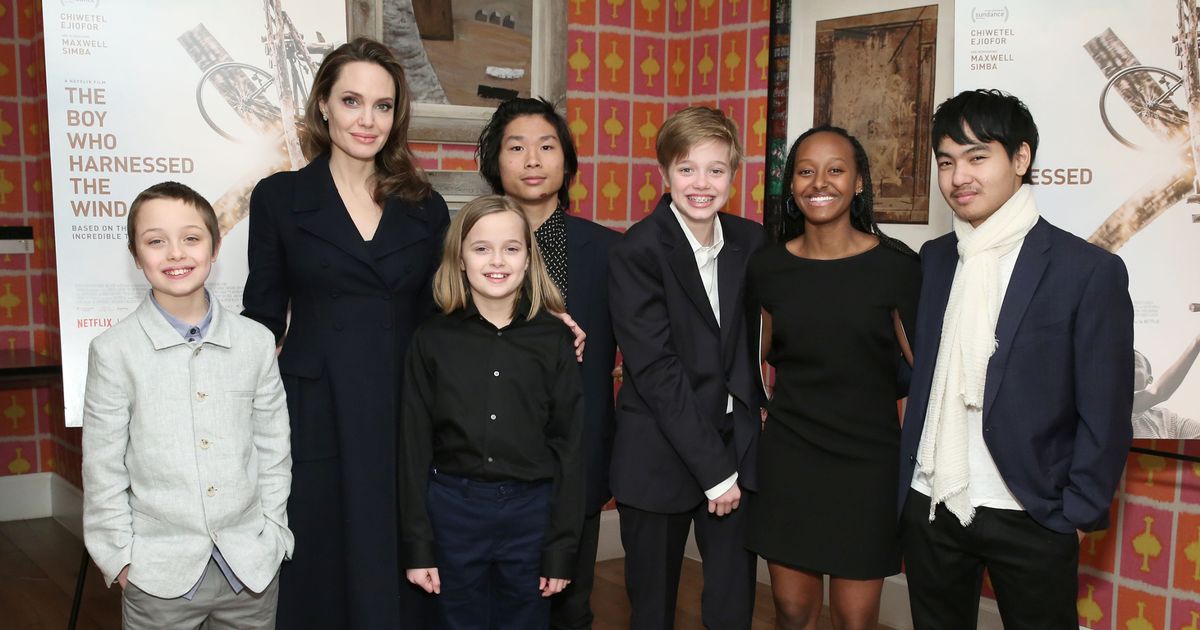 Angelina Jolie says only her children know who she really is.

The Maleficent star shares six kids with ex Brad Pitt, who she would be celebrating her sixth wedding anniversary with today if they were still together.

Sadly, the couple split in September 2016, 12 years after they met and fell in love on the set of Mr & Mrs Smith, when Brad was still married to Jennifer Aniston.

But despite how much fans may think they know about Angelina, she says only her children know the real her.

Angelina, 45, made the sweet admission about her kids while talking about her new Disney+ movie The One and Only Ivan.

Angelina produced the film, based on the novel by Katherine Applegate, and also voices Stella the Elephant.

It tells the story of a 400lb gorilla named Ivan, who has artistic abilities, and aging elephant Stella, and how their lives start to change after the arrival of baby elephant Ruby.

Angelina told Extra : “Well, Shiloh read the book and we started reading it together and talked about Ivan and why Ivan was so special.”

See also  The Official Netflix Movie Trailer Is Tamarro And Exaggerated To The Right Point - Nerd4.life

She said a lot of people can relate to the moral of the story, which is all about keeping promises.

She added: “I think a lot of people can also relate to that. Where there’s expectations on them to be what people assume they are and they don’t often have the friends or freedom to express who they really are… and be that person.”

And when asked if that had ever happened to her in her own life, Angelina confessed: “I’m pretty much who I am because I don’t know how to be anything else… but if you asked me, ‘Do I think people really know me as who I really am?’ I think only my children could explain who I am, really.”

Angelina recently opened up in a rare interview about the things she does to protect her children.

Speaking to Harper’s Bazaar UK, she said: “Like most parents, I focus on staying calm so my children don’t feel anxiety from me on top of all they are worrying about.

“I put all my energy into them.”