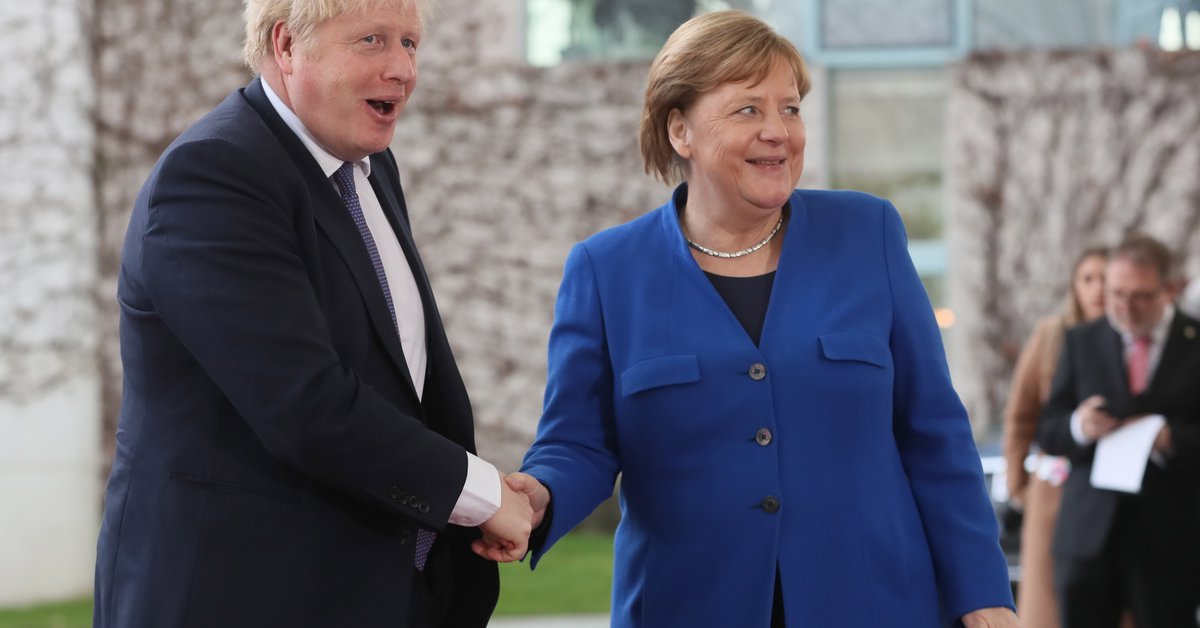 London, July 1 (EFE). On Friday, German Chancellor Angela Merkel met with British Prime Minister Boris Johnson, in what will be the last German policy visit to the United Kingdom before she leaves office at the end of this year, during which they will agree on several joint initiatives.
Merkel, who will make her 22nd trip to the country since taking office in 2005, will meet the Conservative Party leader at his residence in his hometown of Checkers, the British CEO confirmed in a statement.
The memo, issued on the eve of this trip, highlights how the relations that unite both countries have grown during Merkel’s tenure as chancellor.
Tomorrow’s agenda includes Johnson’s announcement of a new academic award in honor of his guest, a tribute to be named Caroline Herschel, who will be awarded £10,000 (€11,620).
The prize is given each year to a female scientist, resident in this country or in Germany, who has achieved distinction in the field of astrophysics.
Once they meet at Checkers, Merkel and Johnson will discuss “deepening the relationship between the UK and Germany” and the chancellor is also expected to deliver a virtual address to the British Cabinet. In fact, it will be the first time a foreign leader has done this since (former US President) Bill Clinton did it in 1997.
During the visit, the two leaders are expected to agree on various initiatives to expand relations between their countries in various fields, such as holding annual joint meetings between the two respective cabinets, “an opportunity to exchange knowledge and expand the scope of relations between the two countries and the joint work between the governments of the two countries.”
According to the London government statement, Johnson and Merkel will also agree to set up a new British-German cultural dialogue, with annual meetings to bring together cultural figures from both countries and create new opportunities for talented young people.
Regarding Merkel’s visit, Boris Johnson said: “The UK and Germany have strong friendship and a common view on many issues. Our scientists, innovators and industrialists work together every day to make the world a better place.”
The Conservative Party leader also noted that “during Merkel’s 16-year presidency, the relationship between the United Kingdom and Germany has been revitalized and revitalized for a new era. The new projects we will agree upon today will leave a legacy that will last for generations.”
London states that cooperation between the two is already helping to eliminate some of the biggest challenges, such as defeating the coronavirus pandemic and stamping out climate change.
This includes support for “Neuconnect”, a new electric link that will create an interstate energy highway and is the largest investment project between London and Berlin currently underway.
After meeting with the head of government, Queen Elizabeth II is scheduled to receive the German chancellor at Windsor Castle outside London.