“An insult to Russian citizens”: The United States and the European Union condemn Navalny’s arrest 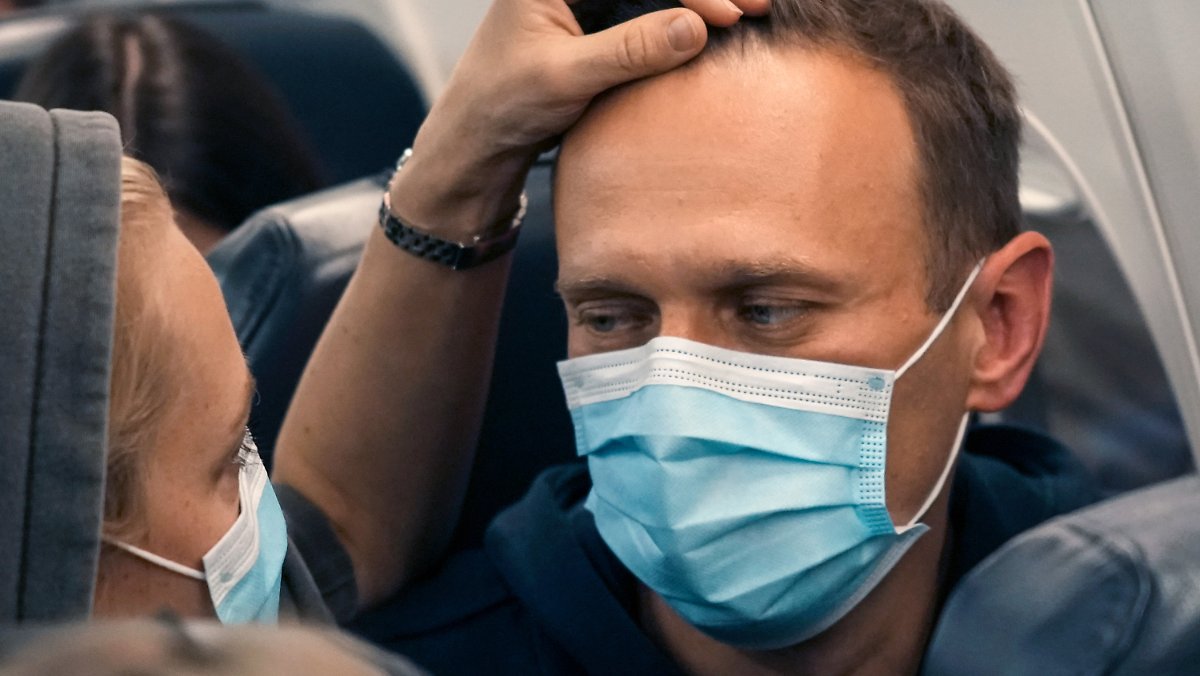 An insult to Russian citizens

The United States and the European Union condemn Nawalni’s arrest

Upon his return to Moscow, Alexei Navalny was arrested by the Russian authorities. This arouses criticism. After the future US administration and the European Union, the Trump administration is now also getting involved.

The arrest of Russian dissident Alexei Navalny has drawn sharp international criticism. With some delay, the US government has now stated: “The United States strongly condemns Russia’s decision to arrest Alexei Navalny,” US Secretary of State Mike Pompeo said Sunday evening (local time). “We note with great concern that his arrest is the latest in a series of attempts to silence Navalny and other opposition and independent voices critical of the Russian authorities,” he added.

The designated national security adviser to future US President Joe Biden had condemned the incident before. “Mr. Navalny must be released immediately and those responsible for the heinous attack on his life must be held accountable,” he added. Jake Sullivan tweeted.

“The Kremlin’s attacks on Mr. Navalny are not only a violation of human rights but also an insult to Russian citizens who want their voices to be heard,” he added.

On behalf of the European Union, Council Chairman Charles Michel criticized the Russian side. The arrest of the 44-year-old upon his arrival in Moscow was unacceptable, Michel tweeted. I call on the Russian authorities to release him immediately. ”Josep Borrell, the European Union’s foreign policy representative, joined him. He wrote on TwitterThe political exploitation of the judiciary is unacceptable.

Navalny flew from Berlin to Moscow on Sunday. Shortly after his arrival, he was arrested at Sheremetyevo airport that evening. The Russian Prisons Authority, FSIN, accuses Navalny of repeatedly violating the terms of his five-year suspended prison sentence.

Navalny was the victim of a poisoned attack in Siberia in August. He was airlifted to Germany and treated in the Berlin Charité. Navalny accuses the KGB of being behind his poisoning. The Russian government denies any involvement in the attack.