An exhibition facing Britain at the Kunsthalle Darmstadt 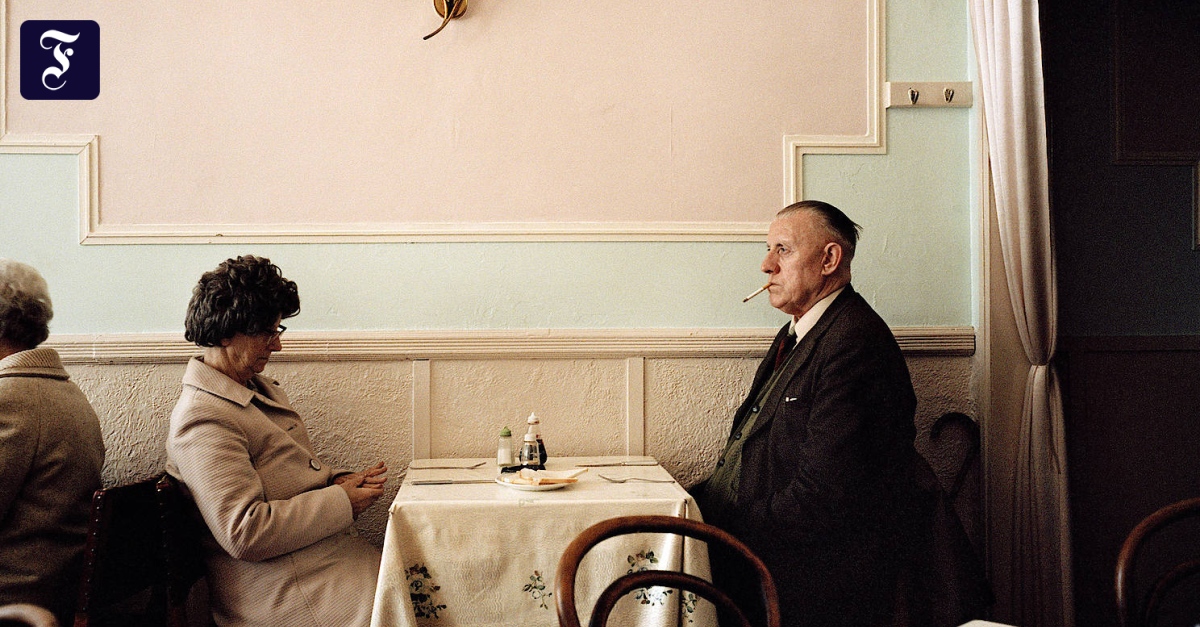 NSWith the Royal Photographic Society, founded in London in 1853, headquartered in Great Britain, it is one of the oldest societies in the world dedicated to the advancement of the science and art of photography. However, it was a long time in the 20th century in the UK before photography, especially documentary photography, could be recognized and appreciated as an art form in its own right. In addition to photojournalism that was committed to the moment and social photography that focused on their respective interests, new documentary photography gained importance from the 1960s onward, defined by the individual gaze of the photographer, who made himself independent of the object in front of the lens.

British photographers at the time were influenced by American street photography and French humanist photojournalism such as Robert Doisneau or Henri Cartier-Bressons, and thus also by other photographers for Magnum, as well as by older German models such as August Sander or Otto Steinert. Against this backdrop, photographers such as John Bulmer, David Hearn, and Tony Ray Jones quickly found their very powerful images, paving the way for an entire generation of distinguished documentary photographers. Among them are such world stars as Martin Parr, but also a number of names that are more likely to be known in specialized circles, but whose work does not even want to hide a certain “Britishness”.

At least 47 of these photographers are now represented by solo or series work in Ralph Goertz’s “Facing Britain” show at Kunsthalle Darmstadt, which adds to an impressive retrospective of British documentary photography from the early 1960s to 2020. No time period chosen By chance, because it depicts the stage in which Great Britain belongs to Europe. In 1963, the United Kingdom submitted its first application to join the European Economic Community (EEC), and on January 31, 2020, Great Britain left the European Union (“Brexit”). Since then, the island nation has played a special role again, meaning that viewers of the around 250 works hanging in the Kunsthalle can look back in a closed chapter of history, depending on age or socialization with student exchange and language courses, perhaps too close.

And even if not, the exhibition presents aspects of everyday British life as well as the events of contemporary history in images that are sometimes captivating, sometimes frustrating, sometimes humorous, and sometimes dangerous. However, Gorts worked without a chronology of events in conceiving the show; The works of contemporaries are not intertwined together, but similar themes are the connection between black and white photographs and color photographs in small, medium and large formats, analogue and digital, which Gorts often borrowed from the artists themselves.

In a fantastic series, immerse yourself in the days of “Rock against Racism” with Syd Shelton, experience everyday consumer terrors with Paul Reas “I Can Help” or learn about the world of Caribbean immigrants in northwest London with Roy Mehta; Peter Mitchell and John Bulmer show the decline of mining and industrial sites and Fran May documents in their series “London Brick Lane” or Tish Murtha with “Youth Unemployment” the effects of the economic crisis of the 1970s and 1980s on British society.

Popular soap operas like Tom Wood’s “Looking for Love” from 1982, which is about the celebration of youth, and of course Martin Barr’s nearly infamous “Last Resort” pictures of bathing culture on British beaches show that Brits aren’t freezing in pain. It also stunned Kevin O’Farrell, who found his trappings in Northern Ireland, a place of no-nonsense armed conflict like the Falkland Islands, which John Tonks visited in 2013, and there he created one of the show’s most powerful images. Shows some sheep gathered around the flagpole with Union Jack on a desert island. It appears to be a symbol of Great Britain today.

Facing Britain can be seen from 4 September 2021 to 9 January 2022 in Darmstadt in Kunsthalle, Steubenplatz 1. Opening times: Wednesday to Sunday 11am-5pm.

See also  The Tower of London is losing a crow