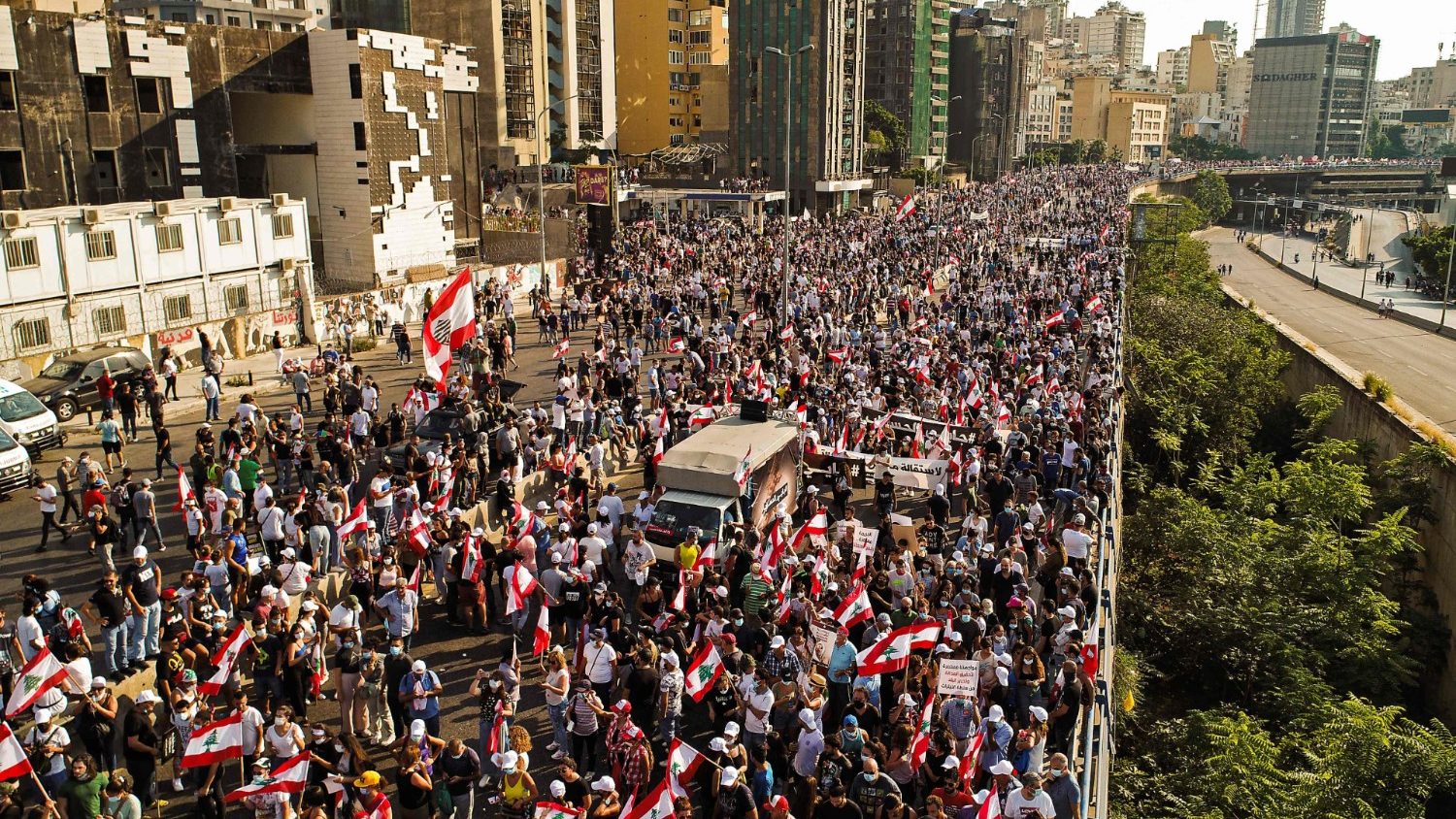 Between anxiety and hope, the virtual international conference, hosted by France and the United Nations, raised $370 million in humanitarian aid. Strong appeal from the Holy See in a speech by Monsignor Miroslav Wachowski, Under-Secretary of the Ministry of Relations with States. Meanwhile, street protests don’t stop because people are tired, Ilaria Massiri of Terre des hommes asserts.

Exactly a year after the explosion in the port of Beirut, for the 1,000th time yesterday, protesters tried to enter the protected area around the Lebanese parliament: dozens of people were injured in clashes with the police.

The despair of the population

Listen to the interview with Ilaria Masieri

Masseri assures that a very serious crisis is under everyone’s eyes. He explains that the term “resurrection” that Pope Francis used to express his wishes for the Lebanese people is very great. The explosion was a tragic episode, says Masiri, but it is not the only tragedy: the epidemic, the economic crisis, economic backwardness, confusion and political impasse are realities that have been living in Lebanon for a while, not to mention fragility. Less affluent people and immigrants. Masseri remembers that 80 percent of boys and girls today have a much worse standard of living than in 2020, when there were already economic problems. But at the moment there is also a mass exodus from the country of teachers, as well as many entrepreneurs. Those who can seek salvation abroad. On the other hand, Terre Des Hommes director points out that there doesn’t seem to be a future if nothing changes. And speaking of the NGO commitment, he reported on how difficult it is to be able to do one’s job during the pandemic that has really complicated everything. However, Masseri also wants to say that apart from the difficulties that seem to be increasing more and more for the population and for those who work in the country, the response of the people towards the operators of international cooperation is extraordinary: there is acceptance, availability and willingness to do.

The shares promised to the various participants in the virtual international conference, organized yesterday by France and the United Nations, will be paid over the next twelve months. Paris has allocated €100 million in aid, President Emmanuel Macron said, adding that France will also provide 500,000 doses of vaccine against COVID-19. The President of the United States, Joe Biden, promised up to $100 million. The conference was attended by 33 countries and 13 international organizations. The United Nations estimated the humanitarian needs of Lebanon at 357 million dollars. Aid will focus on water, school and health.

From the international community pressing for reforms

In addition to securing funds, both French President Macron and US President Biden have strongly advocated reforms and the fight against corruption. In particular, Macron declared, at the opening of the conference, that the Lebanese leaders owe it to the truth and transparency towards their people, “especially with regard to the explosion that occurred a year ago in the port of Beirut, and a year after that tragic event, the investigation is deadlocked, and Macron pointed the finger of accusation To the responsibilities of the Lebanese political class that seem to be “betting on the deterioration of the situation”, a position he described as a “historical and moral mistake.” “France and many other (countries) – the President added, speaking from Fort de Bregan, the historic summer residence of heads of state. The French bordering the Mediterranean, in the south of France – cooperated to provide all the information we have, the French leader added that we support all technical cooperation “that may be necessary for the purposes of the investigation, stressing that the results of the investigation are present” on and extended by all the Lebanese. For his part, Biden said that “there will never be a sufficient external amount if the Lebanese leaders do not commit to doing the serious and necessary work to reform the economy and fight corruption,” describing the latest step as “essential.” There is no time to waste and we are here to help you if you do. “The White House chief did not specify in which sector the promised new money will be invested, but he made it clear that it will be added to the already $560 million you donated in the past two years.

See also  Importing gaming machines, Euromat is among 88 European and American organizations urging the European Union and the United States to eliminate duties on unrelated products

The call of Monsignor Wachowski

In the words of Monsignor Wachowski, Under-Secretary of the Vatican Ministry for Relations with States, who spoke at the international conference on Lebanon, the term “sinking” has returned: it is the danger that the country was running, afflicted three years ago with a very grave danger. Social, economic and political crisis and by twelve months she struggles with mourning, unemployment, the disabilities of the wounded and the trauma of children as a result of the horrific explosion. Referring to the words of Pope Francis on the Day of Prayer and Meditation on July 1 with religious leaders in Lebanon, when he called on the international community to intervene because, in his words, “the country does not sink, it begins a path.” shooting.” But Francis, even at the end of the last public meeting, summoned his beloved Lebanon, and directed his thoughts above all to the victims, their families, the many wounded and those who had lost their homes and their jobs”, and finally once considered: “Many have been lost and they are living.”

In the background, tensions on the border with Israel

Just yesterday in southern Lebanon, for the fifth time in two months, rockets were fired at Israel. UNIFIL radars reported that two missiles were fired towards Israel from Lebanese territory north of the Litani River, which marks the northern border of the area administered by the UN peacekeeping forces. Such an act would constitute a violation of resolution 1701 (2006). The area of ​​influence, confirmed by the Israeli armed forces, is located near the town of Kiryat Shmona, and the response was not long, and also included the western sector of the Italian-led UNIFIL area of ​​operations. More than fifty artillery shells were fired into uninhabited areas. Immediately, the Head of Mission, Major General, Stefano Del Col, contacted the two parties, the Lebanese and Israeli armies, calling on them to “extend maximum restraint, to avoid any kind of escalation, and to restore stability and calm in southern Lebanon.” . The letter emphasized how “we must continue united to achieve the goals set by resolution 1701 (2006) and work to maintain stability.” Moreover, only by the end of the month will the UN Security Council have to renew the mandate of UNIFIL.