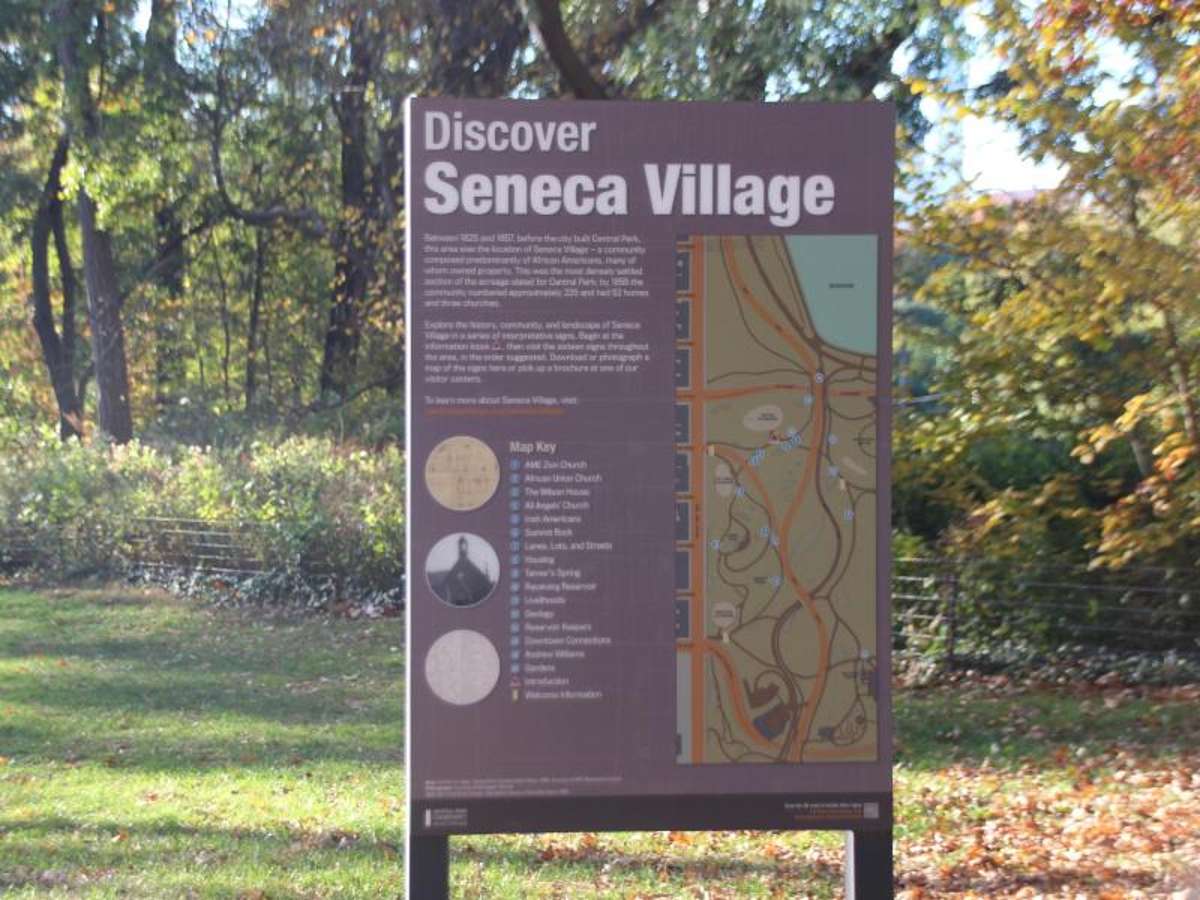 In midtown Manhattan it was once the first settlement in New York of freed African Americans. But the village of Seneca was destroyed. What would it have looked like there today if that hadn’t happened?

NEW YORK – Children play soccer in a meadow, strollers hold their faces in the sun, dogs let their dogs smell trees, a musician plays guitar on a bench.

Lots of green spaces in the city

Central Park, which has served as a backdrop in countless Hollywood movies, is one of the capital’s most popular attractions with over 40 million visitors a year. The 3.5 square kilometer green space, completed by the landscape architects Frederick Law Olmsted and Calvert Vaux in 1876, seems to have become an indispensable part of today’s cityscape – but in order to create it, Seneca Village had to give way, the first settlement The Liberated Afro-Americans in New York.

In 1825, the land of owners John and Elizabeth Whitehead—located between 82nd and 89th Streets on the west side of today’s park—was divided into 200 lots and sold. Andrew Williams, a 25-year-old African-American shoe shine boy, bought the first three pieces for $125. Seller Epiphany Davis bought 12 pieces for $578. Over the years a small settlement has sprung up – made up mainly of born or freed African Americans, as well as some Irish and German immigrants.

By 1850, the settlement already consisted of about 50 homes, three churches, a cemetery, and a school. “Seneca Village was one of the few African American settlements at the time and enabled residents to live far from the built-up areas of southern Manhattan and away from the unsanitary and racist conditions they encountered there,” the Central Park Department said. . In 1857, the New York City Council decided to demolish Seneca Village and create Central Park.

After that, the settlement was forgotten for a long time. A few years ago, the park administration started using signage to indicate the village’s previous existence – and now Seneca Village gets the really big stage, right across from Central Park at the famous Metropolitan Museum. “What if this settlement had the opportunity to grow and flourish?” Asked Before Yesterday recently.

The show is single-room, yet permanent—and plays with the Metropolitan Museum’s well-established exhibition concept, or so-called “period room.” These are special rooms in permanent exhibitions, which are supposed to transport visitors with furniture, wallpaper and art to specific periods of time in special places – to 18th-century France, for example, or to ancient Rome. Vogue recently wrote that these rooms have “a very special charm” – but so far they have dealt almost exclusively with the lives and work of white historical figures.

And now the Met has its first ever “futuristic room,” designed by production designer Hannah Beachler, who co-starred on Beyoncé’s music project “Lemonade” and won an Academy Award for her work on “Black Panther.” “This project is important to me because it is a necessary dialogue about time, loss, community, and hope,” Bechler said. The room provides an “important opportunity to start new dialogues and to illustrate the stories not yet told between our walls,” said Austrian museum director Max Hollen.

A small house is proposed in the wallpapered room, filled with artwork and objects like bowls and combs – inspired by objects from the real Seneca Village found during excavations at Columbia University in 2011. A video installation is also in play.

New York Times critic Salamiche Tillet praised the exhibition as “one of the most carefully considered reparations projects” that the Metropolitan Museum, which has often been criticized in the past for its white and also male view of art history, has been produced to date. “Ideally, the space is very noisy and suggests that the visitor then goes to the site of the former Seneca village in Central Park, just a few minutes away—and sees the struggle of historical extinction, artistic speculation, forced displacement, and dreams that black freedom is so horrific and unjust that we all mourn And together, we begin the difficult work of economic and emotional compensation.”