A soccer player from Australia declared himself gay 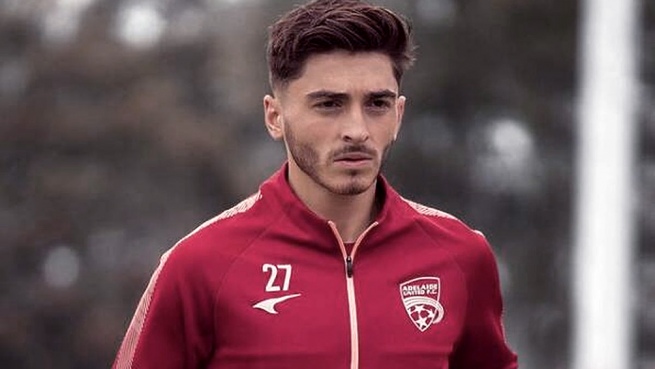 The Australian midfielder, Adelaide United in the Australian First Division and until last year a member of his country’s under-20 team, became the first active professional football player to declare himself gay on Wednesday, which sparked positive reactions in the world of football.

“Thank you @JoshuaCavallo for taking a step forward! Your courage contributes to the normalization of diversity in the world of sport,” FC Barcelona wrote on Twitter.

Thanks, Tweet embed To take a step forward! Your courage contributes to the normalization of diversity in the world of sport 🏳️ 🌈 https://t.co/yetyVfr8Rf

– FC Barcelona (@FCBarcelona_es) October 27, 2021
Barcelona defender Gerard Pique also sent a message to Cavallo, who explained on social networks that he did not want to keep his sexuality secret: “I am a football player and I am gay. All I want to do is play football and be treated the same.”

Pique wrote to Cavallo: “It is not a pleasure to meet you in person but I would like to thank you for the step you have taken. The world of football is very late and you are helping us move forward.”

“Proud of you,” was the message of striker Antoine Griezmann, player of Atletico Madrid and France national team.

Spanish basketball player Pau Gasol cited Cavallo and said that “in 2021 this shouldn’t be news. Thank you for taking such a step forward in this sport. Well, Joshua.”

Big clubs such as AC Milan (“We support and respect you, Joshua”), Chelsea and Everton, among others, have also spoken out in favor of Cavallo. And he thanked Everton from his official account, “Thank you for your strength and courage. We are heading towards a better world for sport, without any prejudice, and this is a huge step for that!”.

– AC Milan October 27, 2021
Cavallo, 21, who played for his country’s Under-20 national team, explained, “Living this double life is stressful, it’s something I don’t want anyone to experience. It’s okay to be gay and to play football, I want to show that to everyone other people.” who suffer and fear.”