A Saudi policewoman in military uniform at the Kaaba, raising the interest of citizens (photos) 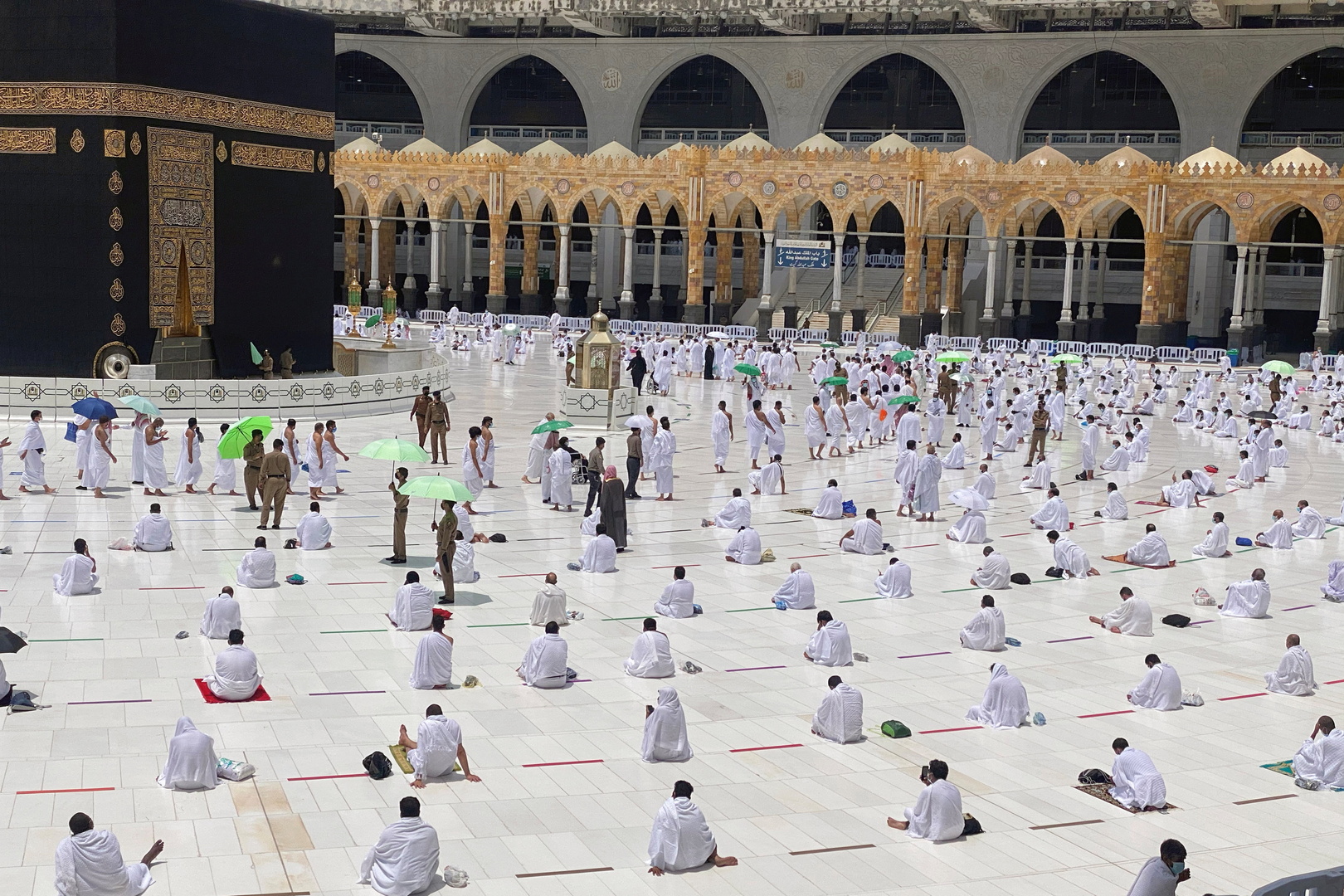 Prayers in front of the Kaaba at the Grand Mosque in Mecca perform Friday prayers during Ramadan on April 16th.

In the first operation of its kind, the Saudi security services deployed female police units in the Grand Mosque in Mecca to ensure the security of pilgrims, which sparked widespread interest by activists in the Kingdom.

A policewoman from the units affiliated with the Hajj and Umrah security, called Ahoud, extracted admiration from Saudi citizens after appearing in military uniform in front of the Kaaba while the pilgrims performed their rituals at the Grand Mosque in Mecca.

The photos of Ahoud, which were published by the Saudi Ministry of Interior through its Twitter account, sparked widespread reactions, as most of their owners praised the efforts of women working in the field of security, in providing protection and order and ensuring the implementation of laws and instructions, especially for conferences and visitors who prefer dealing with women.

However, some activists have criticized this measure, considering that the presence of a woman in military uniform in the Grand Mosque in Mecca is inappropriate.

Saudi women have been working in the Ministry of Interior for many years, with different military ranks (soldier, first soldier, corporal, agent sergeant, sergeant), and in the sectors of prisons, corrections, border guards, the unified operations center, traffic, police, patrols and civil defense, in addition to the security force of the Grand Mosque.

Unfortunately, this is not appropriate for a woman who is honored and honored, just as it is not befitting for God’s forbidden, and God is the helper

The military dress in itself is modesty, prestige and dignity, and the girl of men is not afraid of her, and this work for women is a good thing in the conferences and needs. Some of them need help instead of what the security man helps. This policewoman helps her and the women are the sisters of men and the daughters of men.