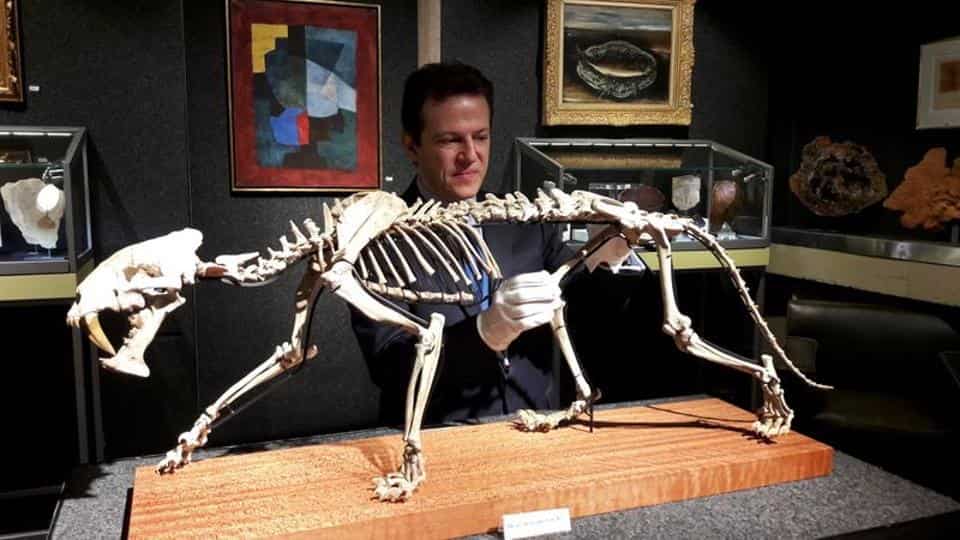 Piguet Auctions said on Tuesday that the rare skeleton of a tiger-toothed sword gap in the northern United States some 37 million years ago is expected to fetch between 60,000 and 80,000 Swiss francs ($ 65-90,000) next week.

The fossilized skeleton, discovered in South Dakota, is a sturdy skeleton weighing about 160 kilograms (350 pounds) that hunted primitive horses and young rhinos.

“This tiger with sword teeth is 37 million years old. Piguet director Bernard Piguet told Reuters TV that it is particularly rare because its skeleton is 90% complete.”

The skeleton, mounted on a chunk of wood, is the star piece out of 40 on the block in Geneva for a December 8th session dedicated to paleontology that is also expected to attract online bidders.

Bernard Piguet, director and auctioneer at Piguet Auction, stands next to the skeleton. (Reuters)

Fabrice van Rutten, a specialist in ancient art in Piguet, said the element has a “global dimension” without religious or cultural ties.

“He’s talking to all of us about where on earth we’ve come from … I think this is one of the infinitely rare fields of art,” he said. 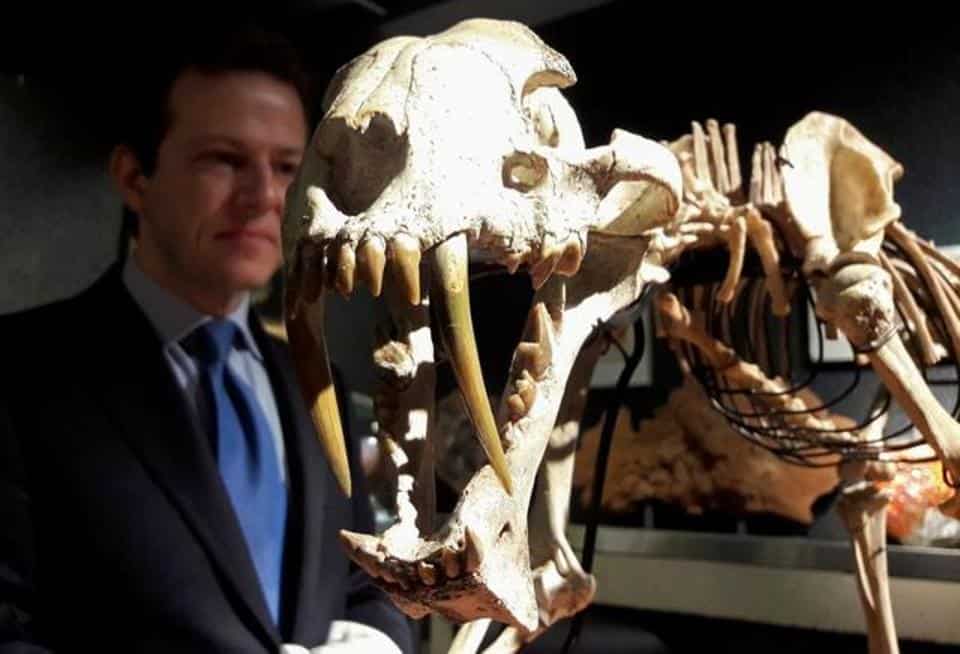 The photo shows the skeleton of a 37 million year old tiger. (Reuters)

The skeleton was found in the Badlands of South Dakota, said Jan Quinen, President of Nevadia, the Swiss-based seller.

“This is probably one of the best pieces in this genre that have been discovered,” he said. “So the preservation is especially good, the fossilisation quality is very good, and the mineralization is perfect.”