A new exhibition opens in the Lüdenscheid Museums on Saturday 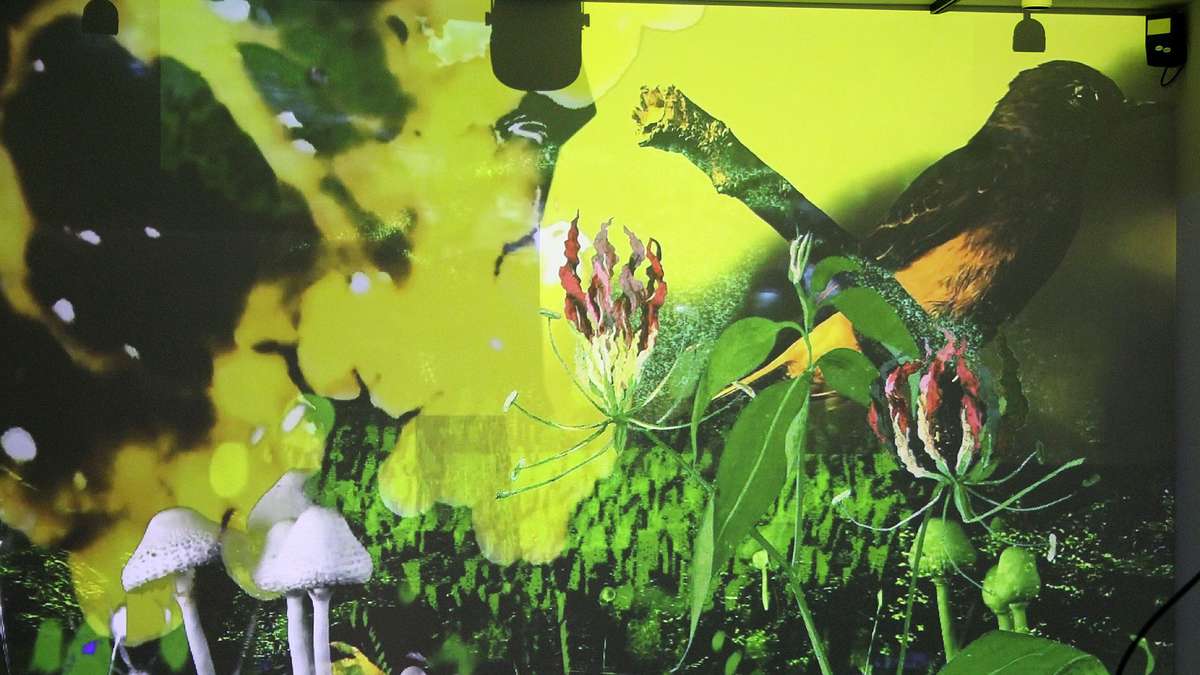 There will be an opening without a program, the reasons for this are obvious: on Saturday from 11 in the morning the public for the first time will have the opportunity to visit the exhibition of space-time pirates in the “Room of Wonders” in the city museums.

Attendance was not possible for the Polish artist. So you had to be satisfied with the digital method. Sochacki has played in Wunderkammer for a year, and new sequences have been shown since Wednesday. “Everything looks psychedelic and colorful,” says Tom Grohl. Suchaki presented his view of a changing world. Calixis swaying in the wind, a view of the endless expanse of the forest, here and there a deer, and above all, more than the writing with which the Polish artist is accustomed. “Listen to Dailyness” is what he called his production, which will run on a ten-minute episode starting Saturday.

Documentation with pictures and writing

A 40-minute documentation of Wunderkammer’s campaigns in recent years is displayed on the ground floor. The printed documents were also ready on time. Before the end of this month, a shop window at City Hall is expected to signal a cabinet of future curiosity in motion pictures.

Space pirates Tobias Daemgen, Jan Ehlen and Moritz Ellerich set up their machines in museums—a construction made of wires, light, sound, scaffolding poles, old lab materials, loudspeakers, LEDs, lasers, lenses, mirrors, motors and electronics. The result is an expanded electrical mix of analog and digital technologies. Because the artist trio is based on the confrontation between man and machine: “What if machines are not designed according to geometry, but according to organic aspects? This is the goal of our work.”

The Viewpoint of the Art of Spacetime Pirates is currently only available to those who have been vaccinated, tested, or restored. But a website called Wunderkammer-zukunft.de is already online and shows (animated) pictures of the construction. The concept of “Wunderkammer”, characterized by the exchange and presence of actors, was expanded to include virtual space – among other things with the help of art.

In January 2019, work began on cleaning up the coin room on the first floor of the old office building and transforming it into the “Wunderkammer of the Future”. Henceforth, it was destined to become a research laboratory in which the city’s history and future are linked together in the present. Topics such as education, work, or even democracy were discussed here with concerned “townmates”, who quickly ranged from small businessmen to council members. With renewed funding, the project can now be continued – in the direction of art.

The “Wunderkammer of the Future” is transferred to the urban space and wants to convey theses, ideas, ideas, concepts and approaches dealing with the future of the city. This includes artists who, among other things, already used the urban space during the “light roads”. The space-time hackers were already in the vaults of Paulmann and Crone in 2010 and demonstrated their installation there as part of the overarching “light way” term “Wunderkammer”.