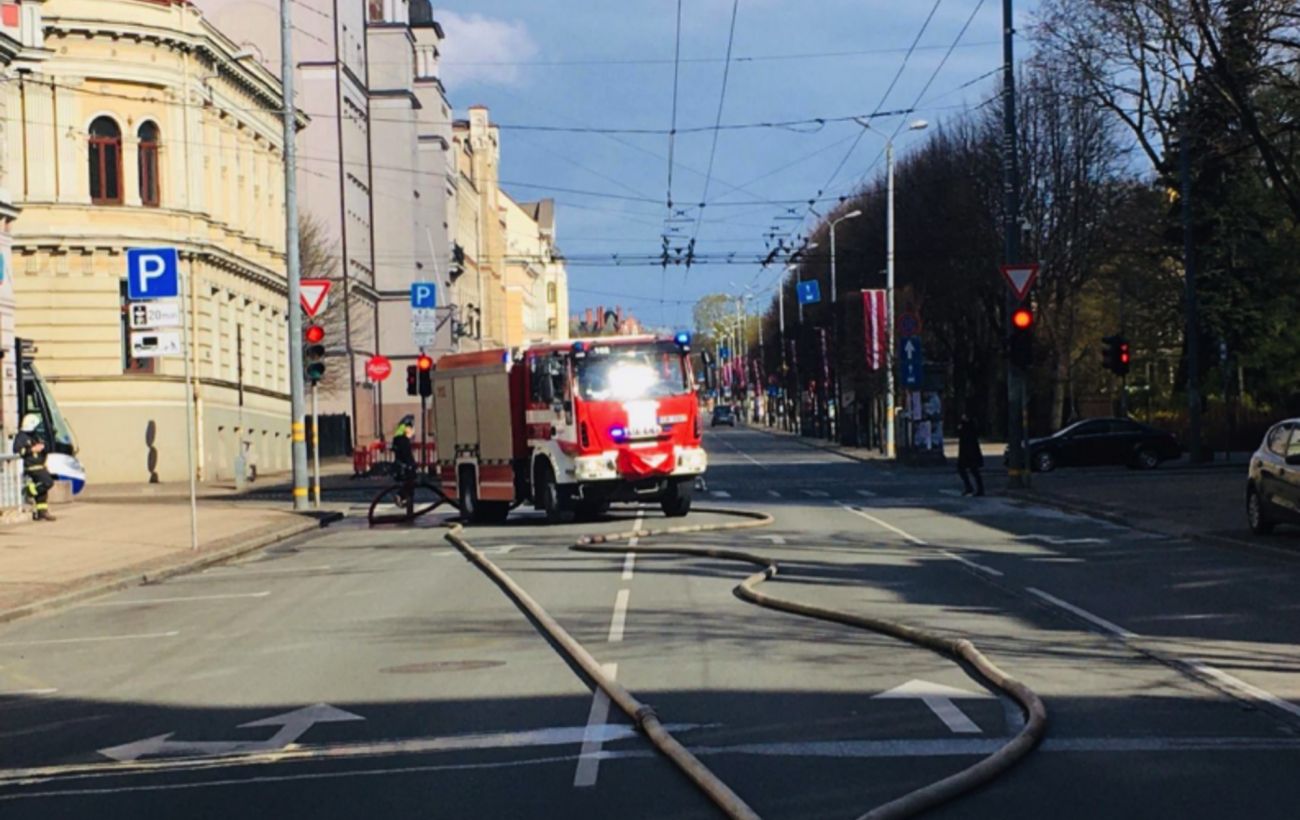 As it was said in the Latvian State Fire and Rescue Service (VUGD), the signal about the fire reached the control office at around 5 am: the corridor and living quarters, as well as the roof of the six-story building were under fire. The combustion area was about 140 square meters. Meters. More than 50 firefighters work on the site.

Yannis Greenbergs, Head of Operations at VUGD, told LTV that iron doors with coded lock had been installed in the building, complicating the work of firefighters.

The bodies of eight victims were found at the site of the fire. Nine more people were injured, and a total of 20 people were evacuated. Riga Mayor Martins Stakes said the fire broke out in the hostel building, where most of the guests were foreigners.

A representative of the Emergency Medical Service, Ilzi Boksha, told LETA that six people were hospitalized in a moderately severe condition. Some of them were taken to hospital with burns, and others were poisoned with combustion materials.

“The tragedy occurred at 8. Merkel Street. According to publicly available information, the building houses a Japanese-style hostel Centrum and the offices of a number of companies. According to Delfi.lv, some time ago, illegal redevelopment work was carried out in the hostel building: two apartments”, Newspaper notes.

The police have initiated criminal proceedings in connection with a crime against public order and security.

READ  WhatsApp responds to displacement of users to Telegram and Signal: "We can see neither your messages nor Facebook"