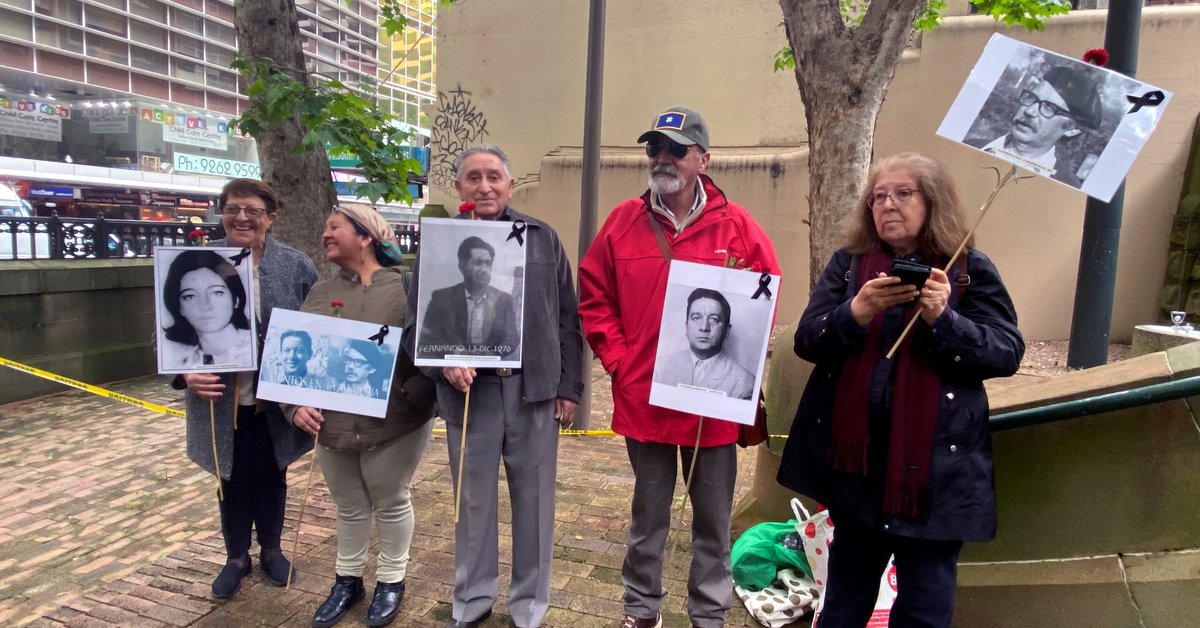 Sydney (Australia), June 1 (EFE). – Former Australian Military Intelligence agent Clinton Fernandez is trying to obtain a court order to declassify “all or most” of documents referring to Australia’s alleged participation in the coup in Chile. By Augusto Pinochet in 1973.
“I think Australia participated in the overthrow of the Salvador Allende democratic government, and under the Archives Act, Australians have a right to this information,” Fernandez, an academic at the University of New South Wales (UNSW, for English acronym).
Fernandez, an expert on intelligence operations and foreign policy, bases his doubts on the presence of the Australian Secret Intelligence Service (ASIS) in Chile at the time and on the ambiguity of the work being done there.
The former undercover agent has filed a lawsuit in favor of the Australian National Archives to make confidential documents from the late 1960s to the mid 1970s available to the public that would explain the role the secret services played in the Andean country.
The Administrative Appeals Tribunal (AAT) will hear the case between Wednesday and Friday in Sydney, although Fernandez will only be able to appear and testify in the first half of the process, because the rest of the hearings will be held in a closed door for national security issues.
Australia in Chile is allegedly held by the United States
Fernandez had already in 2017 unsuccessfully attempted to declassify these documents related to ASIS’s work in Chile, but now he has also targeted other secret agencies in the peripheral country.
For academics now, it’s about revealing “why and how the intelligence agencies were pretending to work in the immigration field to attract technically qualified people outside of Chile, as well as knowing Australia’s role in any activity with the CIA or intelligence services. From Chile”.
ASIS’s involvement dates back to the government of liberal Billy McMahon, who in the early 1970s sent a group of agents to Chile, at Washington’s request, but Labor Party Jove Whitlam (1972-1973) ordered these to be withdrawn. Men in uniform from the South American country.
Whitlam asserted in 1977 to the Parliament of Canberra that ASIS was in Chile, although according to Cricky Politics Today, many questions remain, such as the presence of ASIO officials in Chile disguised as immigration agents and helping the CIA to Most likely until after the coup.
The intelligence expert said: “We want to know why Australia was involved in getting rid of a person who was far from home,” without ruling out that in these procedures, “persons accused of violating human rights” were transferred to Australia. . Where an alleged former Pinochet secret agent is on trial with the disappearance of seven people.
The United States, an Australian partner in the Secret Intelligence Society for the Five Eyes, in 1999 began declassifying a series of documents showing that it was not only aware of the repressive tactics of the late Chilean leader Augusto Pinochet’s regime, instead, deciding to cover up and support them. .
But Australia’s presumed participation in the Pinochet coup, whose government is linked to the killing, torture, or disappearance of more than 3,000 people between 1973 and 1990, remains obscure due to the legal mechanisms the peripheral state must protect its secrets.
Former agent Fernandes commented, “Given that 50 years have passed, we believe that the government should declassify all or most of its records” related to Australian participation in the coup, stressing that “Australia is one of the least transparent democracies in the world.”
Rossio Otoya

READ  After escaping, they found a sheep with 35 kilograms of wool in a forest in Australia