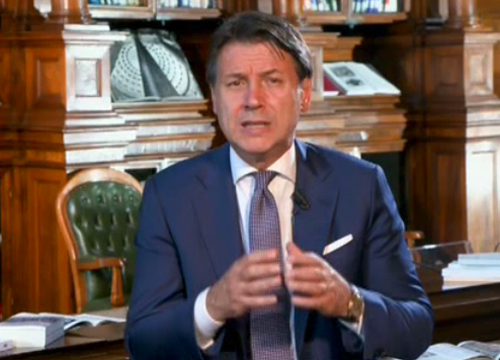 “Record peak deaths, record collapse in GDP, and from today onwards, Italy is still practically the same as it was a year ago.” This is in synthesizing the legacy bequeathed to Italy, and to Mario Draghi, by the government of the Giallorossi, that of Giuseppe Conte.

The government of the epidemic, led by a man in a suit, tie and a jeep in good faith but unfortunately not accustomed to maneuvering political machines and structures of large and complex dimensions. With Zingaretti’s PD behind him and the M5S already in tatters, he couldn’t help but put his face to an almost declared failure.

Matteo Renzi’s move was Providence as he freed the country from the flywheel that could have become “no return”. Instead, President Sergio Mattarella’s subsequent decision gave the Italians a ray of hope. Glimmer bears the name and surname of Mario Draghi.

Now that Renzi’s move has put both the PD and the grillini under scrutiny, it appears, according to ad hoc surveys, that all Italians will still be prepared to direct “Conducador” with suits. Stockholm Syndrome appears to affect many citizens.

Analyzing the government’s previous actions on the pandemic, there is some doubt about the value of these surveys.

In fact, Italy can be seen as a model for one of the worst modus operandi of the epidemic. To support this it suffices to make a simple comparison with what has been accomplished not with absolute distinction like Israel, but by Great Britain, the United States, and Portugal did different things but all had satisfactory results.

The UK got off to a bad start with irresponsible decisions, and contagion filled the country. Boris Johnson then responded with two decisive, decisive actions: on the one hand he requested an airtight closure and on the other hand he launched a carpet vaccination campaign giving the green light to vaccines, AstraZeneca in the head, but it was done quickly from the light. No waiting for UK regulatory agency approval, dose ever and infections reduced by 90%. The result: the country is preparing to leave.

On the other side of the Atlantic, on the other hand, the United States responded by Joe Biden, who, along with Trump, had an alarming spread of infection, a chilling number of deaths and a catastrophic management of the epidemic. The newly arrived Democrat took a 360-degree turn with two key steps: 100 days of mandatory masking everywhere and 100 million Americans vaccinated at the same time. The target is on the verge of reaching or even exceeding it, most likely ahead of time.

Little Portugal didn’t hear of the pandemic until Christmas. On holidays, with “everyone’s free,” the virus broke out With 16,000 infections per day and more than 250 deaths. A massacre, but the government was too quick to make decisions. Total insurance for a period of two months without conditions or reservations. Result: Today, 600 injuries and 15 deaths per day. And gradually it begins to reopen the vaccination attempt with all available doses. Tourism should start in May, but with caution and progress.

The yellow, red, orange, and dark orange in the DCPM pinwheel that did not satisfy everyone and above all did not solve the problem because the infection is over 25,000 per day and the number of deaths is over 370. A real disaster amplified by the few vaccinations given even to the most disparate and less vulnerable groups, such as lawyers, and in some cases, even journalists. But it’s hard to die from the leaning error of thinking that you are always smarter than others. Not to mention the economic part of refreshments. The speech is very complex and the outcome is very delicate.

The grafting plan, first in the form of the primrose, is now ProgressingSlowly, though, Just because the new government put number one on civil protection and vaccine logistics.

Only in this way will Italy have hope of getting out of A.’s nightmare A group of well-intentioned and inexperienced men backed by a “swarm of scientists and virologists armed against each other” were unable to get it out even remotely a year later.

Thanks to Matteo Renzi and another to our President Sergio Mattarella.