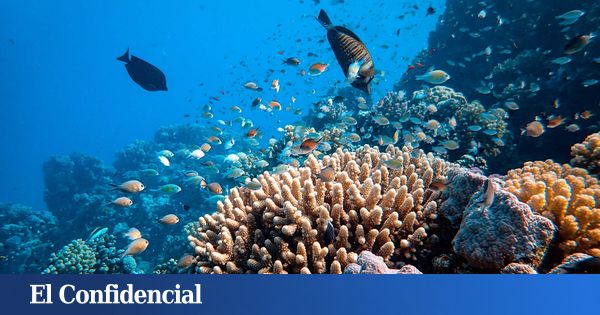 A study published in Papers in Palaeontology describes Lepidocoleus caliburnus as A prehistoric marine worm with a body covered with sheets of crystals. Its name goes back to the sword Excalibur, which belonged to the legendary King Arthur, protector of Great Britain against the Saxons in the fifth and sixth centuries.

Far from fiction, Lepidocoleus caliburnus inhabit what is today Australia About 400 million years agoduring the Devonian period. The species Lepidocoleus shurikenus, a contemporary and a close relative of it, owes this name to its resemblance to a ninja star.

The 400-million-year-old ‘Excalibur’ sea worm was found in Australia, with a full suit of armor https://t.co/NelSCf8o7b

Experts argue that these two worms would have lived on the shallow water reefs, which now make up the Australian mainland. In addition to, They feed on organic waste They served with their dishes to defend themselves from predators.

The team behind the investigation used a scanner for Create 3D digital models of this type of shell, as compiled by Science Alert. “Using micro-computed tomography, we can actually separate out the individual components of the shields,” said Sarah Jackt, the study’s lead author and assistant professor of geosciences at the University of Missouri. (United State).

“We are able to manipulate the models to determine how the individual pieces of the shell move with respect to each other, as well as determine the degree of overlap between them,” he noted. This also allowed experts to discover these worms They have a shield system that runs through their skeleton And another on both sides of the samples.

See also  Embark on the unknown in front of the many onlookers: biophysicists begin in Finland