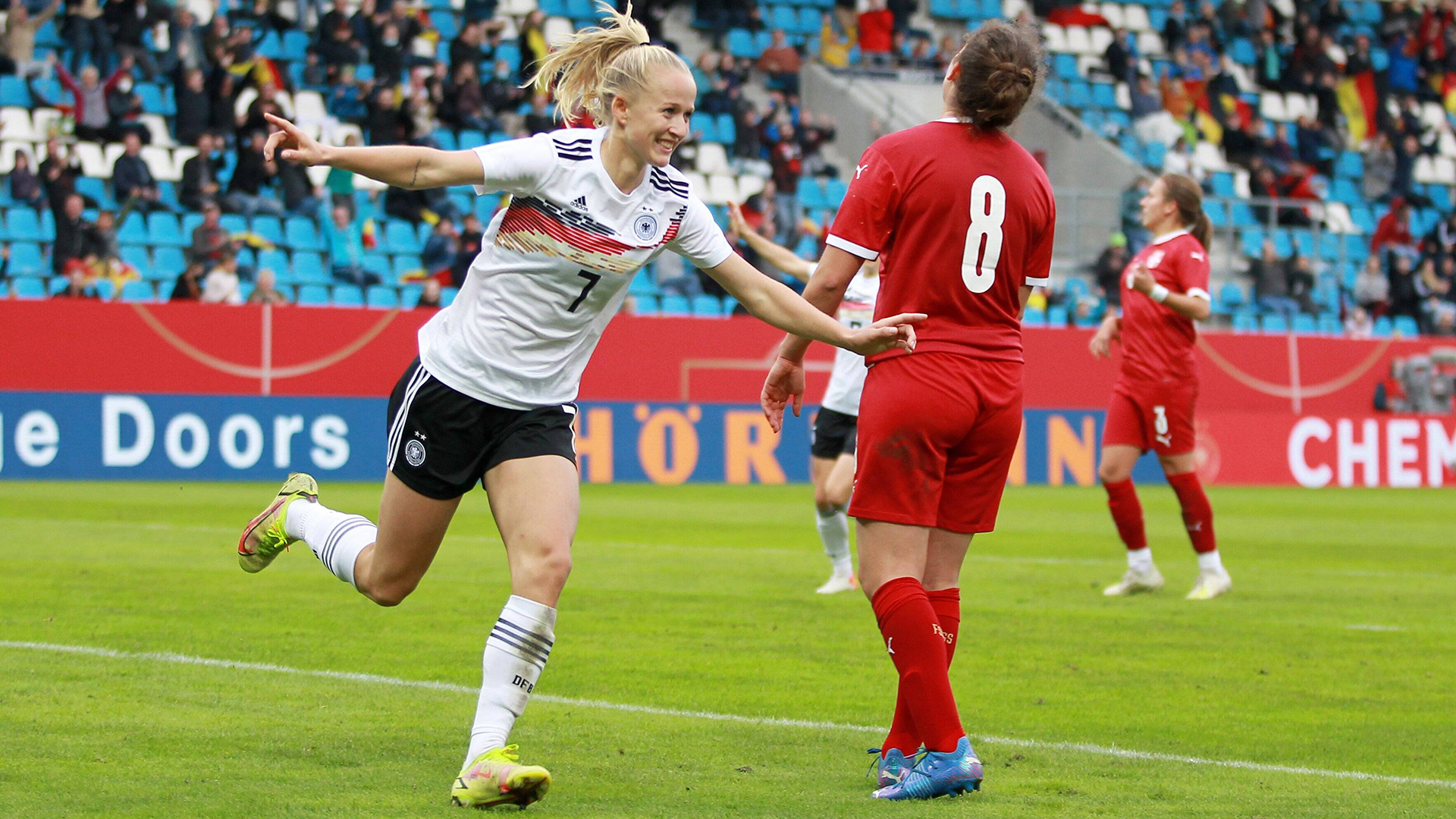 Women’s soccer in Germany scored a convincing victory in the World Cup qualifiers against Serbia. Leah Schuler dreamed of her dream day and scored four goals.

National coach Martina Voss Tecklenburg’s team prevailed on Tuesday (21.09.2021) in Chemnitz after a poor first half with a score of 5:1 (0:1). In front of 1,600 spectators, 16-year-old Nina Matic brought the surprisingly strong guests at the start to the lead in the third minute. Lea Schuler of Bayern Munich turned the match in favor of the 2016 Olympic champion with four consecutive goals (minute 49/54/71/77), and Melanie Leopols scored the final result (79).

“The first half was simply not what we demanded,” Schuller said over the ZDF microphone. “We knew we could do better. In the second half, it was great.” Martina Voss Tecklenburg’s speech broke the knot. What did the national coach say? “We’re not supposed to play girls’ football,” Schuller said from the locker room. “She was totally unhappy, and so are we of course.”

The moment of shock before the break

Shortly before the break, the match had to be interrupted for five minutes because English assistant referee Helen Edwards complained of being upset and could no longer continue. Edwards was then taken to the hospital. She was replaced by the fourth referee, Helen Conley. After the match, the German Football Association declared Edwards “stable and friendly”.

After a 7-0 win over Bulgaria last Saturday, the German Football Association leads Group H with six points. Other opponents en route to the 2023 World Cup in Australia and New Zealand are Israel, Portugal and Turkey. The games are also important tests for next year’s European Championship in England.