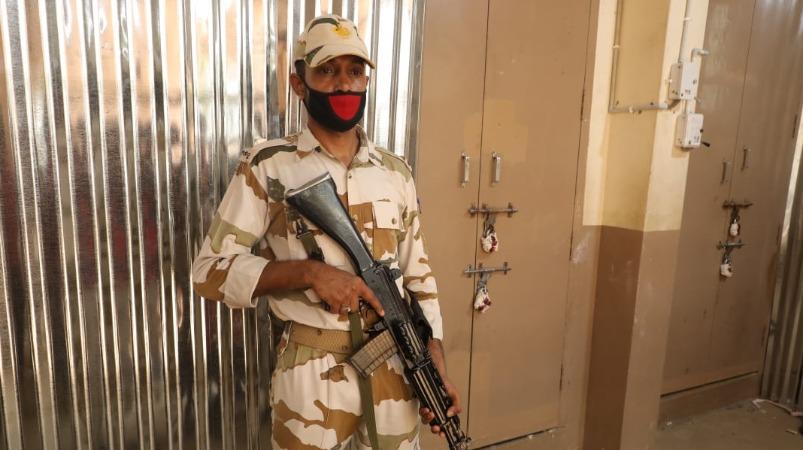 Tamil Nadu Legislative Assembly in the general election Trichy The electronic voting machines used in all nine districts of the governorate were kept today in security rooms in 4 counting centers Seals for rooms Developed.

To the Tamil Nadu Legislative Council Trichy Mannabarai, Srirangam, in the area Trichy West, Trichy There are 9 blocks which are East, Thiruverumbur, Lalgudi, Mannachanallur, Musiri and Thuraiyur (Singles). The final voter list for these nine districts was 23.38,745. A total of 3,292 polling stations were set up in 1,147 polling stations across the region.

In order to count the votes cast in the elections Trichy In an area Trichy the East, Trichy West for Jamal Muhammad College, Lal Jodi and Manashanalur College for Samayapuram K. Ramakrishnan College of Engineering, Musiri and Thuraiyur for Kannanur Imam Engineering College, Manapparai, Srirangam and Thiruverumbur. Trichy Counting centers have also been established at the Sarnatan College of Engineering.

In this case, after the polling door closed at 7 pm yesterday, the electronic voting machines, electronic control machines, and the voting machines used for voting were closed in the presence of the candidates’ polling agents and sent to the relevant screening centers with heavy security.

Next, electronically at the relevant counting centers at 11 am today Voting machines The rooms in which the contents were preserved and sealed were closed in the presence of polling officials and election observers.

Trichy Jamal Muhammad College District S. Divyadarshini Mosque In the presence of Seals for rooms Has been set up. Also, electronic Voting machines Full-time guards with guns are stationed outside the storage rooms Security camera Tracing was arranged by. Previously, an electronic Voting machines The area of ​​the room in which it was placed S. Divyadarshini Mosque The visit and the inspection took place.