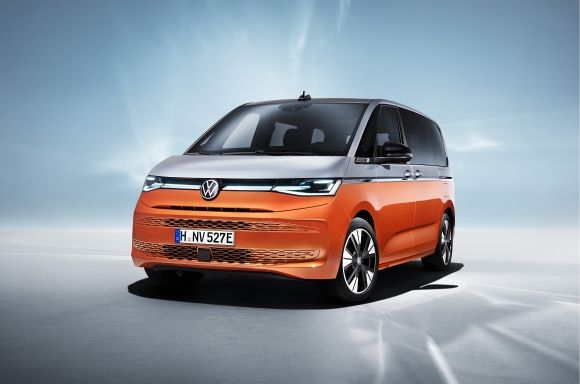 Volkswagen presented the new generation Multivan T7, which replaced the T6 produced from 2015. In the future, this model will also be available with a hybrid device.

The new Multivan has all new VW-like facial features with narrow LED headlights, which in this case are connected together by a narrow LED strap.

The main changes in the cabin are the new 10.25-inch digital instrument panel, the infotainment touchscreen and display screen used in Volkswagen commercial vehicles for the first time.

The common rear seat has now been replaced with three separate seats, while the second row has two separate seats that can rotate 180 degrees so that passengers can sit facing each other. There is a multifunctional table for the rear passengers, which can be moved back and forth. Multivan customers have access to various latest solutions, such as We Connect Plus, which is free for three years and provides services such as navigation, online traffic information, emergency assistance, etc.

Optional extras include a two-section panoramic roof, a power sunroof, and a Harmon Kardon 840W audio system with 14 speakers.

The car is based on a new technology platform, provides up to 4,053 liters (extended version) of the luggage compartment and is equipped with more than ten (34) different electronic systems for safety, comfort and assistance, including automatic brakes and lane keeping.

Initially, there will be no diesels on offer – they will only be available from 2022, but for the first time an eHybrid hybrid unit is being offered with a 1.4-liter four-cylinder petrol engine and an electric motor. This power unit develops a total power of 218 horsepower and works in tandem with the 6DSG transmission.

READ  Cyberpunk 2077 is delayed until December 10

The range of engines will also include 1.5 and 2.0 liter petrol engines with 136 and 205 hp, as well as a 2-liter diesel engine with 150 hp. All internal combustion engines will operate in pairs with the 7DSG.

The start time and selling prices of the seventh generation Volkswagen Multivan minivan will be announced at a later time.