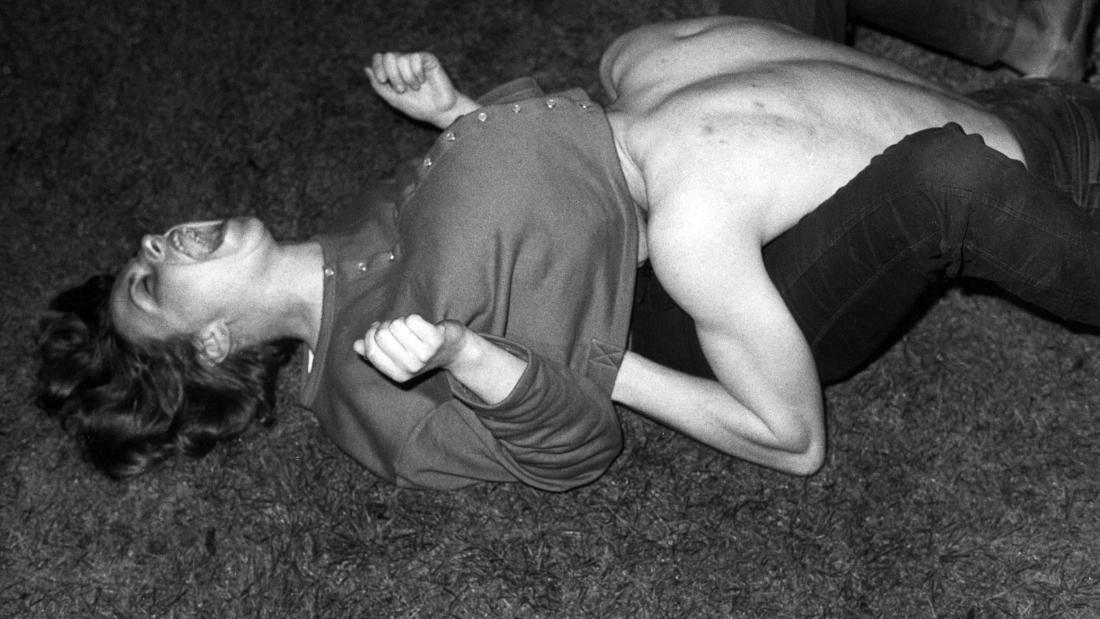 Photography from the German Democratic Republic, or East Germany, was limited by exposure in the art world – at least because of the strict restrictions set by the former authoritarian state.

The new collection of paintings, first presented by curator Sonia Voss at the 2019 Rencontres d’Arles photography festival in the south of France, sheds light on works created from the GDR in the last decade before the fall of the Berlin Wall.

“The decade that preceded the fall of the wall is very interesting for art in Germany because there was a new generation that did not witness the founding of the GDR,” Voss said in a telephone conversation.

“These were young people who were very detached from political ideas, but somehow equally tired and angry about the constraints they live with, making them more likely to break norms or push boundaries compared to previous generations.”

Ute Mahler, Berlin, Winfried Glatzeder, Robert and Philipp, 1982, from the series “Living Together”.

In the series “Restless Bodies,” Voss explores how the body was at the center of these artists ’creativity. Photographing one’s own body, Voss explained, was an act of affirmation and resistance in a society that discouraged individuality and was suspicious of art. By photographing others, artists were able to provide lasting documents of East German reality.

Such was the case with Ute Mahler, one of the artists featured in the exhibition, whose “Living Together” contains family portraits taken in Leipzig. In the notes of the exhibition, she explains: “I wanted to peek behind the facade of the official rhetoric of optimism. I looked for what is really in people’s private lives.” w

Similarly, photographs by Christiane Eisler of the punk community in Leipzig offer a glimpse into the private world.

“It followed them everywhere for quite some time. It was a community that was very strongly repressed by the Stasi. These are very melancholy portraits because of the tension between anger and despair, which is ubiquitous in the GDR,” Voss said.

“She created a group with young designers who made clothes with what they could find, to develop a style you can’t see in stores. They did a lot of illegal fashion shows, which were extremely successful. Sibylle documented many of them.” Voss explained.

While Manfred Paul is best known for a series of photographs of a backyard in Berlin, the series focuses on portraits taken by his wife as she gave birth to their first son. With their intimacy, they offer a radical contrast to the social discourse seen elsewhere.

Self-taught photographer York der Knoefel spent two years documenting the Berlin slaughterhouse. “He saw it as a metaphor for the human condition and a sacrifice for society,” Voss said.

“To go with the portraits, he created an installation made of galvanized plates that formed a maze. He’s a typical example of how a young person who didn’t get a standard education really pushed the boundaries of photography.”

Striking portraits of the artist Rudolf Schäfer from the morgue are in the Charité Hospital in East Berlin.

“I put this series in the same part of the exhibition as the other portraits, because for me it was a search for the ultimate essence of the individual. When you are a corpse, you are no longer a social thing, you are not part of society, you are only to yourself in the essence of your being.” said Voss.

Picture above: Gundula Schulze Eldowy, Berlin, 1987, from the series “Berlin on Dog Night”.