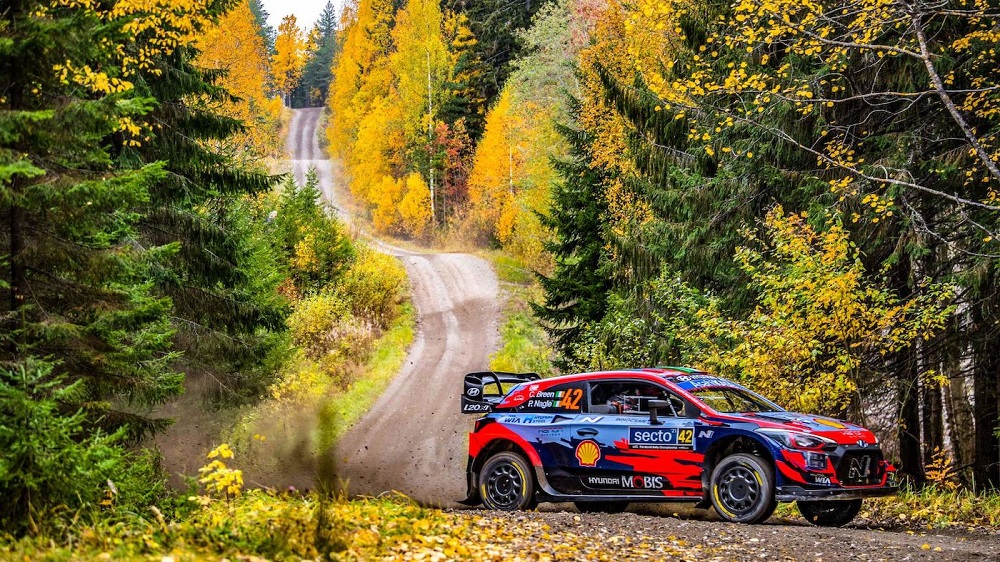 The Irishman smiled to himself. he is back. WRC is back. Everything looked better again.

The Hyundai Motorsport guy smiled, “Two years too far from this place.” “And in fact, it has been more than two years. Too long. But we are back now.”

And in the forests that surround the city itself. When Sebastien Ogier threw his Toyota Yaris off the line and entered Friday’s Harjo test at lunchtime, Finland breathed a collective sigh of relief.

However, it was different. Running the shortened flight path meant that the turn away came a day later, Friday morning, but once the 10th round started, the action was typically Finnish – fast, furious and very thorough.

Of course the season was different. Summer had turned into fall when the WRC rolled around, and while that meant early stockpiling of hats, scarves, and gloves, it also provided a somewhat unusual backdrop.

Central Finland exploded into riots of color that gave photographers and filmmakers a great canvas to work with. If the view from the Paviljönki Service Park hasn’t changed much, the view on the road can be said to be the best 2021 has shown thus far.

And then there was the city itself. Jyväskylä is a real gathering town. Toyota Gazoo Racing is based here and is home to the fastest WRC event.

No wonder one thing hasn’t changed in the past week – the rookies have landed in the heart of the WRC Planet. They stand and stare, it’s that agonizing moment when they realize they’ve arrived.

And they came at a very good time to be in Jyväskylä, when the event was celebrating the two-year extension of their contract with the WRC. Finland has been the mainstay of the series since it began in 1973 and this iconic event won’t happen anytime soon.

The only problem he could have was the clamor for another fall race. The background was so beautiful and the big challenge for Oittila’s podium on Friday was so dark that people loved the idea of ​​Oktoberfest becoming WRC.

The dark stages were really special. The sight and sound of the world’s fastest rally cars flying in the dark, seemingly guided by lasers in flashing lights from the front, was something many will not forget, something unseen in Finland for nearly 30 years.