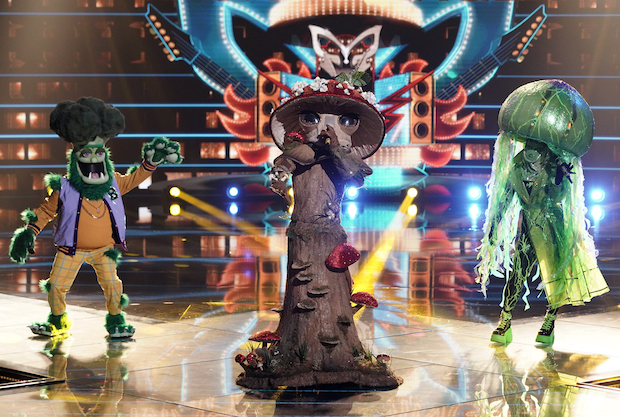 In case you don’t get enough veggies on the Thanksgiving table – and really, who wants to waste precious real estate on green beans when there’s a pie ?! – This week’s special edition from The Mystery Singer Have you covered.

The Group C Finals Fox Singing Contest featured the talents of Mushroom and Broccoli, as well as Jellyfish, in the run-up to the Super Six show. The two remaining actors at The End of the Hour went on to join Sun, Popcorn, Crocodile and Seahorse for the run in Golden Mask.

But who were these elusive artists who managed to get around? Read on as we summarize the episode.

Jellyfish | The multi-sensor singer for Dua Lipa’s song “Don’t Start Now” was great for pitch and tone, but didn’t he sound a bit choppy? I kept wanting her to associate musical phrases, and she kept … not. This week saw Group C gain evidence from friends and family, so the numbers-breaking Jellyfish sister showed up to say that Jelly is the “rebel” in her “family,” but also a superior. The clues appeared on stage this week accompanied by bowls of roast turkey (oye), and the jellyfish was a message in a bottle that said, “If you find this, you’ll know I’ve never been on stage like this before.” Other clues included: a fidget spinner, a gold stapler, the x and o on the tic-tac-toe board, and the number 57714. (My guess: Olympic figure skater Chloe Kim.) 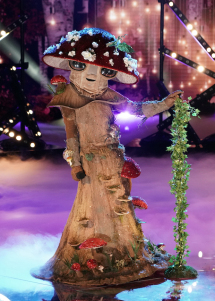 mushroom | “I’m so grateful I had this kind of fun on stage again,” Mushroom told us in the evidence pack, which was quickly dumped by a “government agent” friend. Clues included: a puppet, Mushroom was the chapter head, with a 4.0 GPA, a bull, a boxing / wrestling ring, and Mushroom’s help was mentioned for “underprivileged youth.” The fungus for Katy Perry’s “Unconditionally” performed really well, although it made me think seriously about my previous speculation of Mushroom identity – as did a turkey guide, which was in an envelope that says “Don’t open! Especially on TV!” And said, The name I’m using now wasn’t my name when it first came out. ” (My guess: I have no idea.) 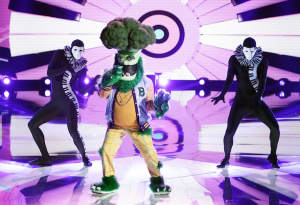 Broccoli | Broccoli picked a classic show for the week, sang “Old Time Rock & Roll” for Bob Seger. Two distinguished women in his life described him as “the true ring director in our lives” and added that he “has always been the greatest showman.” His guide to the turkey was a recipe card (“Don’t put your broccoli in the microwave, that was invented after I was born”), while other clues included: a hockey mask, moose head, beetles and dice. (My guess: Singer-songwriter Paul Anka.)

Smackdown | Broccoli sang “Take Me Down” for Alabama, and Mushroom sang “A Song For You” by Donny Hathaway. (Note: The latter was very good.)

Disintegration | When broccoli is detected, it is revealed to be Anka. (Hear what he has to say about his time on the show here.)

Now it is your turn. Have any of your guesses changed as we head to Super Six? Click on comments and let us know!