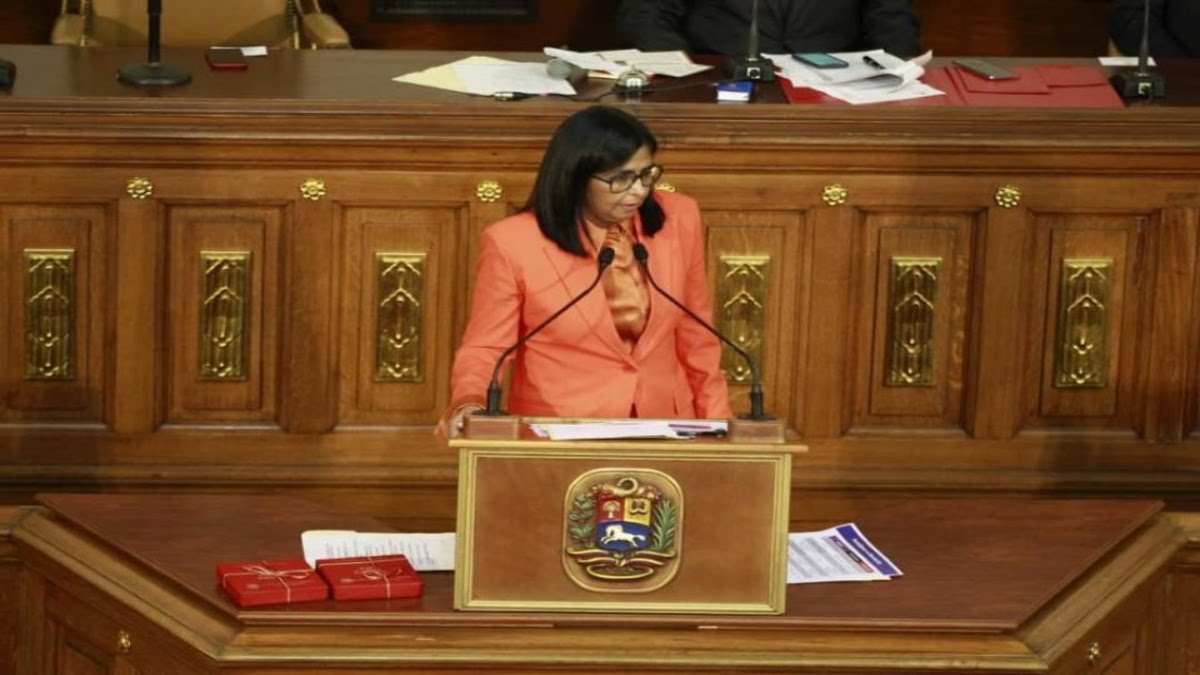 Vice President of Venezuela, Delsey Rodriguez, confirmed that the sanctions imposed by American organizations against the Bolivarian administration have caused losses to the country in the range of 102.5 billion dollars.
Delsey also took the opportunity to accuse the Juan Guaidó Provisional Government of committing international “asset theft”, such as Citgo and Monómeros.

Although Venezuelan oil production has shown negative numbers since 2013, Rodriguez assured that due to the “blockade” imposed by the previous US government, led by Donald Trump, the country’s oil capacity has decreased to less than half.

In a speech before the pro-regime National Assembly and without international recognition, the politician accused the “extreme right of Venezuela” of producing Petróleos de Venezuela SA (PDVSA), which fell to 339 thousand barrels per day.
Under a shower of applause, and without any dissolution of the deputies, the second man of the order approved the legislative agenda of the Chavista Parliament.

Jorge Rodriguez, head of the pro-regime organization, agreed with his sister (Delsey) that 2020 would be the year of “defending” the economic and productive model of socialism, as well as the “economic recovery” model.