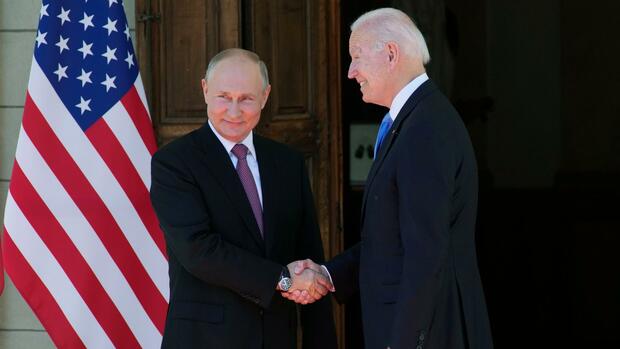 Washington The US government indicated its willingness to hold talks on the Ukraine conflict with Russia in January. “We have said, both publicly and to the Russian government, that we are preparing to meet in early January,” a senior White House official said Thursday.

No date or venue has yet been set for these talks. “The United States has been ready to act diplomatically through several channels since the beginning of January,” she said. This applies to the bilateral and multilateral levels.

White House spokeswoman Jen Psaki did not want to confirm a final meeting in January. “We haven’t finalized the details yet,” she said. In general, however, there is a willingness on the part of the United States. At his traditional press conference in Moscow at the end of the year, Russian President Vladimir Putin announced preliminary talks with the United States in January.

“So far we have seen positive reactions,” said Putin, who spoke to a number of heads of state and government of NATO member states this month. On the content of possible talks, the White House said Moscow’s demands for additional security guarantees from NATO would also be discussed.

Some things were proposed, the senior official said, that “we will never agree to.” “I think the Russians probably know that on a certain level.” The talks will, of course, address the concerns of European allies.