US prepares sanctions in response to November 7 elections in Nicaragua: officials 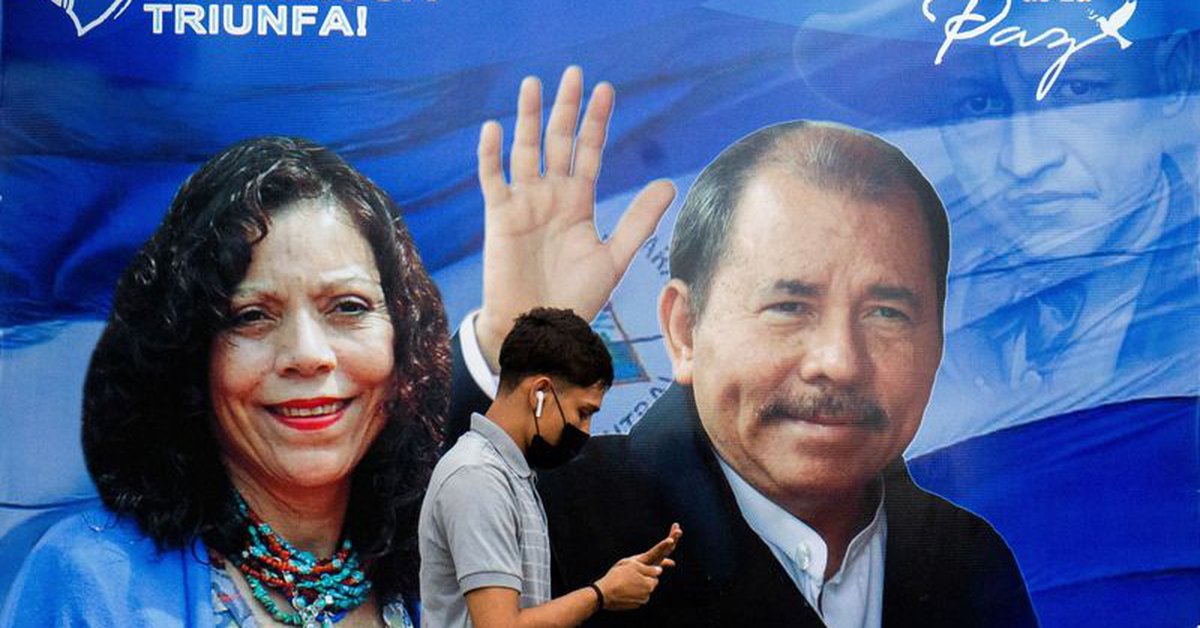 A man looks at his phone as he walks past a poster promoting Nicaraguan President Daniel Ortega and Vice President Rosario Murillo at the start of campaigning for the presidential election, Managua, Nicaragua, September 25, 2021. REUTERS/Maynor Valenzuela File Photo

WASHINGTON (Reuters) – The administration of U.S. President Joe Biden is working with international partners on possible new sanctions in response to the Nov. 7 elections in Nicaragua, which Washington denounced as a sham orchestrated by President Daniel Ortega. US officials say.

The US government has also begun a review of Nicaragua’s participation in the Central American Free Trade Agreement and has already stopped supporting any “trade capacity development” activities believed to benefit the Ortega government. A senior State Department official told Reuters on condition of anonymity.

The Biden administration, building on the sanctions imposed by its predecessor Donald Trump, has implemented punitive financial measures and travel bans on dozens of Nicaraguan officials, including members of the Ortega family, amid repression by the Central American government ahead of the elections.

US Secretary of State Anthony Blinken announced last week that Ortega, who is running for a fourth term, and his wife, Vice President Rosario Murillo, are “preparing a false and credible election, to silence and arrest their opponents.”

A US government source said new post-election sanctions were underway, and the State Department official also indicated that such a move was likely.

“We will continue to use the diplomatic and economic tools at our disposal to advance accountability for those who support human rights abuses by the Ortega regime and attacks on democracy in Nicaragua,” the State Department official said.

See also  Finland: The government of Finland has reached a budget agreement and is being saved from collapse

“We have sanctions tools. We are working with international partners, as well as in multilateral fora, so that our values ​​are defended, and we will continue to do so,” the official added.

The two officials declined to specify potential targets for the sanctions or to set a date for the new measures. The EU has adopted some sanctions similar to those of the US, but it is unclear to what extent the EU and regional governments are willing to pressure Ortega.

It is also uncertain whether the US government is considering targeting Ortega, a former Marxist guerrilla leader, directly. Murillo, who is seen by US officials as a powerful and influential person, is already facing sanctions.

Biden’s government last week led a resolution by the Organization of American States that expressed “concern” about repression in Nicaragua, and is also looking for ways to financially pressure Ortega’s government.

US officials have warned that Nicaragua’s membership in the CAFTA-DR Regional Trade Agreement, which gives preferential treatment to Central American exports to the United States, may be in jeopardy if Ortega rigs the election in her favour.

The State Department official confirmed that the review was underway. “We continue to review your participation in any US-sponsored assistance program,” the source said.

The official acknowledged, however, that the government is discussing potential legal obstacles to any suspension of Nicaragua from the trade agreement, which some experts have indicated may complicate any action.

A person familiar with the matter said there were also concerns within the government that removing Nicaragua could damage an already faltering economy enough to worsen Nicaragua’s humanitarian situation, encouraging more immigration to the US-Mexico border.

About half of Nicaragua’s exports go to the United States, with low tariffs under the North American Free Trade Act (CAFTA-DR).