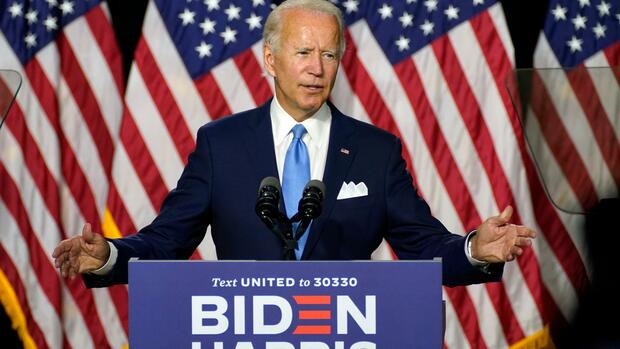 Washington US Senate Democrats have presented a rough spending plan for another $1 billion investment package. Democrats presented the framework for their budget bill of about $3.5 trillion (about three trillion euros) on Wednesday (local time) with a slim majority on the floor of Congress.

They want to use it to pump huge sums of money into the country’s social systems over several years, for example in education, childcare, family benefits or health. They also want to advance the fight against the climate crisis. But the project is still in its infancy. According to Senate Majority Leader Chuck Schumer, details are due by September.

When he took office, US President Joe Biden presented plans for billions of dollars in investments in the country’s infrastructure and welfare systems. With the massive spending highly controversial among Republicans, Biden’s Democrats split the plan. The Senate on Tuesday approved a package of classic infrastructure investments to modernize roads, bridges and other transportation and energy networks in the United States, after months of negotiations — with Republican support. The final vote in the House of Representatives is still pending.

A second package of major social investments, against which there is greater resistance among Republicans, Democrats want to pass through Congress themselves with the help of a special parliamentary procedure. For this to happen, all Senate Democrats must agree, something that has yet to be secured. Because in some cases, more moderate Democrats criticize higher spending.

Democratic Senator Joe Manchin said he had serious concerns and cautioned against “irresponsible” spending. Schumer admitted that the plans went too far for parts of his party, but not far enough for others. However, all areas targeted by Biden are included. Biden’s Democrats have only narrow majorities in both houses of Congress. In the Senate, their majority is very weak.

Difficult debates also precede the issue in the House of Representatives, which should adopt the plans as well. The Chamber’s Democratic chairwoman, Nancy Pelosi, wants to put the Infrastructure Package and the Second Major Spending Package to a vote to make sure they work.

more: Senate approves infrastructure package. However, the draft budget again divides the political camps and allows the debt to continue to grow.