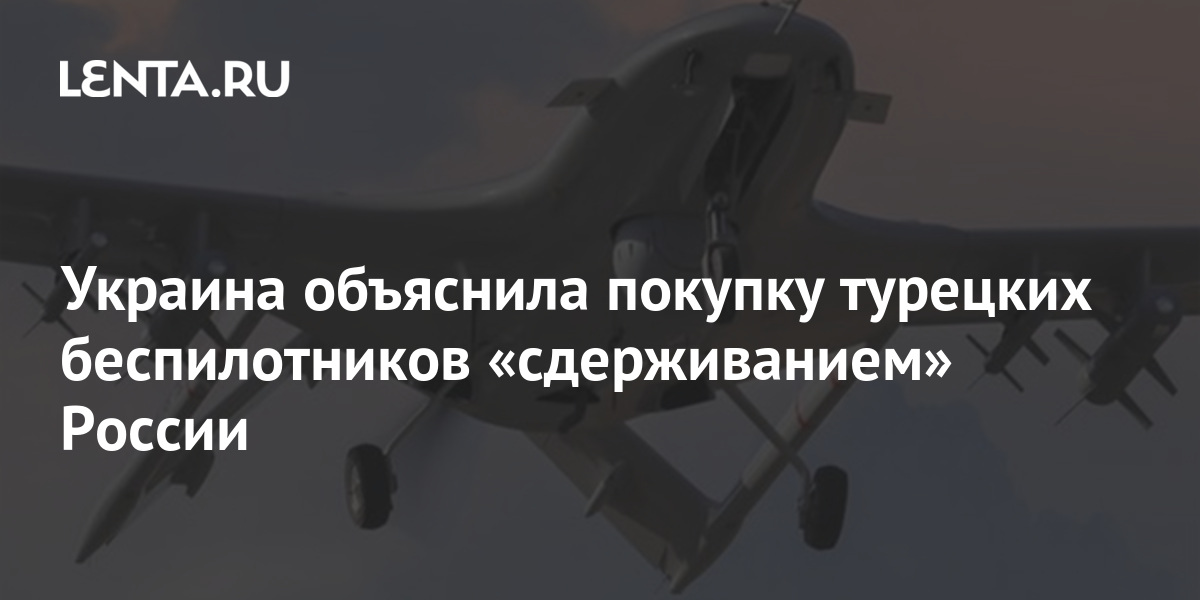 Ukrainian Foreign Minister Dmitry Kuleba said that Turkey’s Bayraktar TB2 planes, which Kiev had bought back in 2019, were needed by the country to “contain” Russia. The minister said this in an interview with Anadolu Agency.

Russia should think twice before planning a large-scale attack or creating tension against Ukraine. And the head of the department noted that this applies not only to drones, but also to any military equipment purchased by Ukraine.

According to Kuleba, if Moscow enters into a full-scale military conflict with Kiev, Ukraine will use drones in all regions of the country to “protect itself”.

On April 10, it was reported that Ukraine for the first time used the Turkish unmanned aerial vehicle Bayraktar TV2, which is in service with the Ukrainian army, over the area of ​​operation of the force in Donbas. The deputy head of the Ukrainian Committee for National Security, Defense and Intelligence Yuri Misyagin stressed that the flight took place “for the time being for the purpose of monitoring.” The MP also noted that the UAVs performed well during Turkey’s Operation “Spring Shield” against the Syrian government army in 2020.

READ  Delete it immediately ... a dangerous vulnerability in a popular application that threatens one billion Android phones