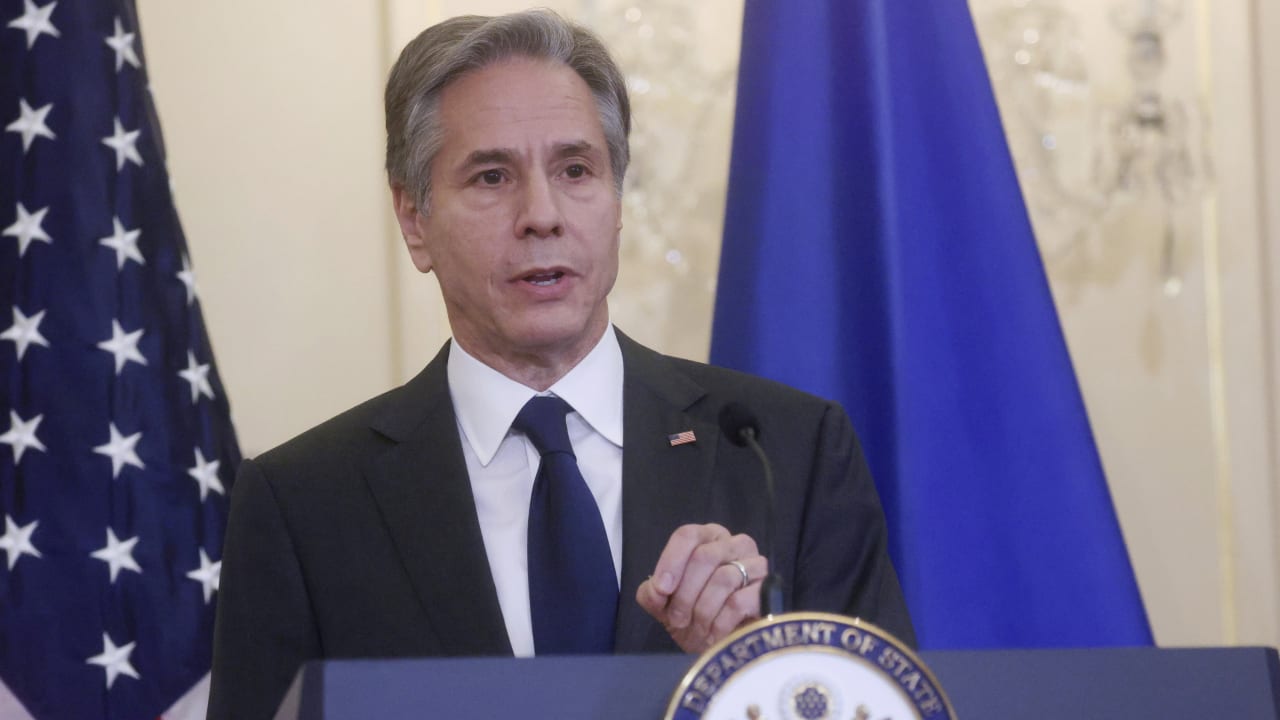 The United States requested clarification on the movements of Russian forces in the border area with Ukraine. On Wednesday, Pentagon spokesman John Kirby said there were “extraordinary” military activities. US Secretary of State Anthony Blinken warned Russia not to make a “big mistake” in the conflict with Ukraine, as it did when it annexed Crimea in 2014.

“We call on Russia to clarify its intentions and abide by the Minsk agreements,” said Pentagon spokesman Kirby. Foreign Minister Blinkin expressed concern about Moscow’s actions during a visit to Washington by his Ukrainian colleague Dmitry Kuleba. “We do not have clarity about Moscow’s intentions, but we know its strategy book,” he said at a joint press conference.

He renewed US support for the “sovereignty, independence and territorial integrity” of Ukraine. Kuleba stressed that Ukraine “has no intention of attacking anyone.” The best way to stave off “Russian aggression” is to “make it clear to the Kremlin that Ukraine is strong, but also has powerful allies.”

Ukraine’s army has been battling pro-Russian separatists in the east of the country since Russia’s annexation of Crimea in 2014. The West accuses Russia of backing the separatists, a charge the government in Moscow denies.

In March, Russia assembled thousands of soldiers, heavy military equipment, naval ships and Air Force aircraft near the Ukrainian border and in the annexed Crimea region in a massive deployment of forces.

Troop movements fueled fears of a Russian invasion of Ukraine. Weeks later, Moscow finally declared the alleged exercise over and withdrew its soldiers.

But at the end of October, US media reported that US government officials were concerned about the renewed movements of Russian military units near the border with Ukraine. But Kiev denied these reports.

Last week, the director of the CIA, William Burns, made a surprise trip to Moscow. Burns, who served as the US ambassador to Moscow from 2005 to 2008, also spoke with President Vladimir Putin by phone. According to a CNN report, US President Joe Biden sent Burns to Russia to discuss Russian troop movements on the border with Ukraine directly with the Kremlin.