UK public sector borrowing is at a record high 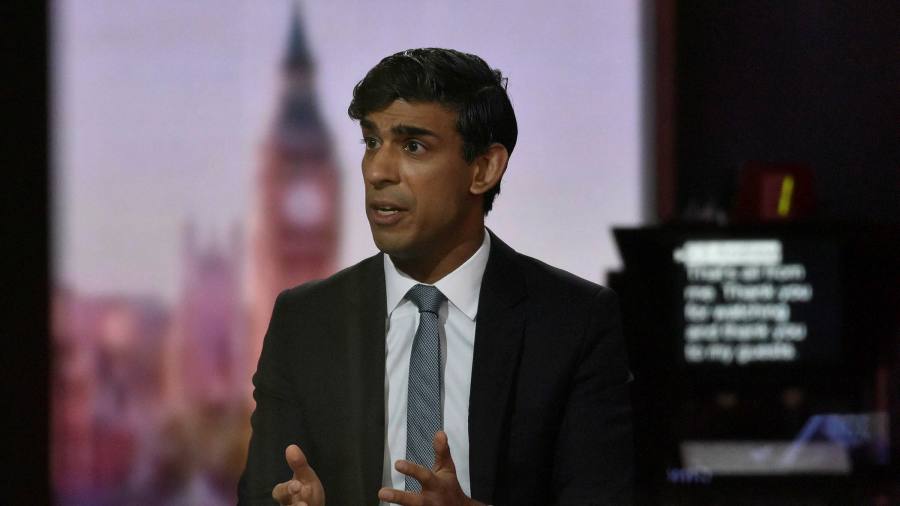 UK public sector borrowing rose to a record high in the first eight months of the fiscal year as the pandemic continued to destroy the government’s finances, resulting in lower revenues and increased spending.

The government borrowed 284.7 billion pounds to cover the gap between its spending and revenue from April to November, according to the Office for National Statistics, three times the previous figure since similar records began in 1984.

UK public finances are expected to come under more pressure as the economy struggles with new restrictions in place to limit the spread New variable Of the Corona virus, which led to an increase in the number of infections in southeast England.

Commenting on the figures, Chancellor Rishi Sunak cited a £ 280 billion government investment to protect jobs and businesses during the pandemic which he said was “the right thing to do”. But he added, “When our economy recovers, it is right that we take the necessary steps to put public finances on a more sustainable footing.”

In his November 20 spending review, Sunak said the coronavirus pandemic would see government borrowing rise this year to a record peacetime record of £ 394 billion. He also announced spending cuts on foreign aid and freezing increases in public sector salaries as first steps to reduce the accumulation of debt.

The public sector borrowing figure was boosted Tuesday by the government’s net cash requirement of £ 23.9 billion in November, when economic activity came under pressure due to the month-long lockdown in England.

As a result, net public sector debt at the end of November was 2099.8 billion pounds, similar to the size of the economy and the highest level since 1962.

“The big increase in borrowing in November is unlikely to be reversed in the next few months because the ongoing Covid-19 restrictions are keeping many companies closed,” said Thomas Pugh, a British economist at the consultancy Capital Economics.

While this should feed talk of how to pay for the crisis, “the successful implementation of vaccines next year and a rapid recovery in GDP may mean that the deficit returns to its pre-crisis level within the next few years without the need for much fiscal tightening.” “.

A decrease of 42.2 percent in value-added tax revenue and 29.8 percent in revenue from corporate tax in the fiscal year to November, compared to the same period last year, contributed to a widening fiscal gap. During the same period, the government’s total cash outlay increased by 38.5 percent. 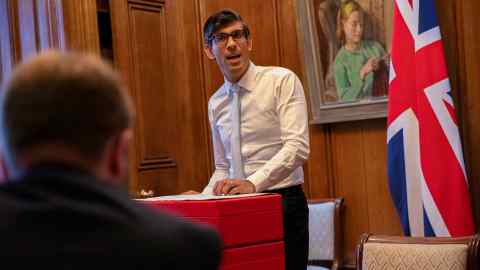 International Monetary Fund data shows that the annual increase in UK government spending as a percentage of GDP this year is higher than any other large European economy.

The numbers were released as the Office for National Statistics revised economic output growth in the third quarter marginally higher to 16 percent compared to the previous quarter, from a previous estimate of 15.5 percent. Despite this, the British economy was 8.6 per cent smaller than it was in the same quarter last year, the largest contraction among the G7 countries.

Economic growth in the UK was driven by stronger than previously estimated household consumption, with higher spending on restaurants, hotels and transportation. As a result, consumer spending in the third quarter decreased by 9.8 percent from pre-closing levels, compared to the initial estimate of 12.4 percent.

With lockdowns easing and consumers returning to spending during the summer, their savings rate fell to 16.9% in the third quarter from a record high of 27.4% in the second quarter. However, the Office for National Statistics said this is still more than double the average of 6.2 percent in 2017-2019.

READ  National Taco Deals 2020: Where to go for free tacos and other specials

Business investment growth was revised upward, but it remained one of the most depressed areas of the economy, down 19 percent from the end of 2019.