UK hits Ferrovial on list of safe countries to travel 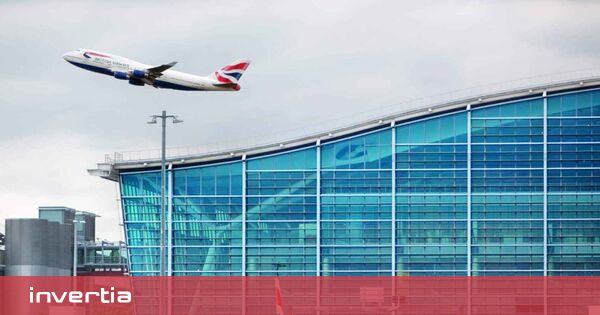 Every three weeks, government United kingdom It reviews the list of countries to which it is safe to travel in the current context of the health crisis stemming from the Covid-19 pandemic. Something that affects countries like SpainIt depends heavily on British tourism.

But besides this impact it may have on the economy of countries like Spain, Greece a PortugalThere are companies that also feel what might be called the slate, or British traffic light, because it uses the colors red, amber, and green. One of the most affected Ferrovial.

The company headed by Rafael del Pino She is the largest shareholder of the airport Heathrow by 25%. The most important airport in the United Kingdom And one of the main files axles Airships in Europe are one of the infrastructures suffering the most from the effects of the pandemic. If more than 80.9 million passengers passed through its facilities in 2019, this number has fallen dramatically in 2020 to 22.1 million. This is 72.7% lower.

Dividends are in the air

This reduction in volume means that Ferrovial only received a profit from Heathrow in the first quarter of 2020: €29 million. In 2021, this amount will remain at zero euros. It will be necessary to know how UK policy will affect the dividend over the following years depending on the evolution of the pandemic.

At the moment, 2021 is not a good year for whoever is in first place in Europe and seventh in the world in terms of traffic and number of passengers. The British authorities’ decisions on movement are only delaying citizens’ desire to fly. From January to April, Heathrow has 2,243,252 passengers. In the same period last year, this amount was 14.8 million.

True, it was from April 2020 when London Airport suddenly stopped its traffic. But the data for 2021 is worse than that of 2020, except for April, May and June.

If the British government continues its traffic light policy driven by the increase in the number of cases and fear of a boom in the Indian variant, Heathrow will drop further in passenger traffic. At risk will not exceed, but to match last year’s data.

The situation derived from the pandemic means that the British authorities have not only delayed the transition to “green” in some countries such as Spain, but also returned to “red” in more countries. In the last review, CEO Boris Johnson has added seven more countries to the red flag: Afghanistan, Bahrain, Costa Rica, Egypt, Sudan, Trinidad and Tobago, and Sri Lanka. Conditions that harm Ferrovial.

In fact, only Australia, Iceland, Israel, Singapore, New Zealand, Gibraltar and certain islands such as the Faroe Islands or the Falkland Islands carry the green label.

Sample more than thousands of British tourists They will remain in their home country due to the actions of their government. In addition, the executive is promoting various campaigns so that they stay at home, it is said. This is Their goal is to do tourism at home.

In the event that they decide to travel, they should bear in mind that if they do so to a country on the Green List, they will have to pass a pre-departure test and a PCR two days after landing upon their return. If the country is on the amber list, they must spend ten days in home quarantine and undergo two tests. And if their travel is to a red-listed country, the same days they will be quarantined at a hotel chosen by the government and they will have to pay out of their pocket.