Trump’s trial will begin on February 8 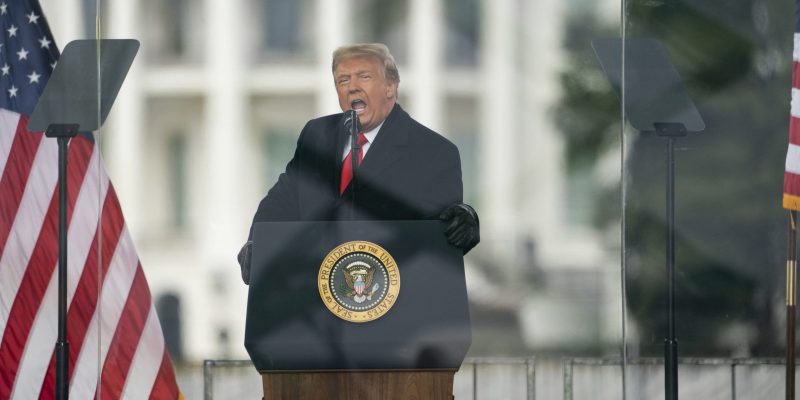 U.S. congress The process will start The impeachment of former President Donald Trump on February 8. Ten days earlier, the House of Representatives had officially accused Trump of fomenting the January 6 congressional attack by his supporters. The Senate will continue to present its allegations against Trump on Monday, January 25 at 7 PM EST. In the meantime, he will continue to perform some important functions, such as voting for cabinet members proposed by current President Joe Biden and discussing his economic recovery project after the Coronavirus crisis.

The decision to start February 8 is the result of a compromise between Republicans and Democrats. Republicans had initially requested that the start of the trial be postponed until February 15, explaining that Trump’s lawyer was appointed only last Thursday and they need time to prepare. On the one hand, the Democrats wanted to close the case as soon as possible to focus on the work of Biden’s new presidency. President Biden tried to walk away from the issue. On Friday, he said he would support the delay if the Senate continued to function.

The House of Representatives approved the start of the impeachment trial on January 13. Now the practice has been passed on to the Senate who will have to trial and then vote to impeach, which would happen if at least two-thirds of the Senate agreed. The accusation leveled by Democrats is “inciting the revolt” of hundreds of their supporters, who attacked the US Congress on January 6 while endorsing Biden’s election as president of the United States.

Trump is the only US president to find himself under accountability for the second time; The first happened in early 2020 due to pressure on the Ukrainian president to open an investigation against Joe Biden.