Trump announces that Israel and Sudan have agreed to normalize relations 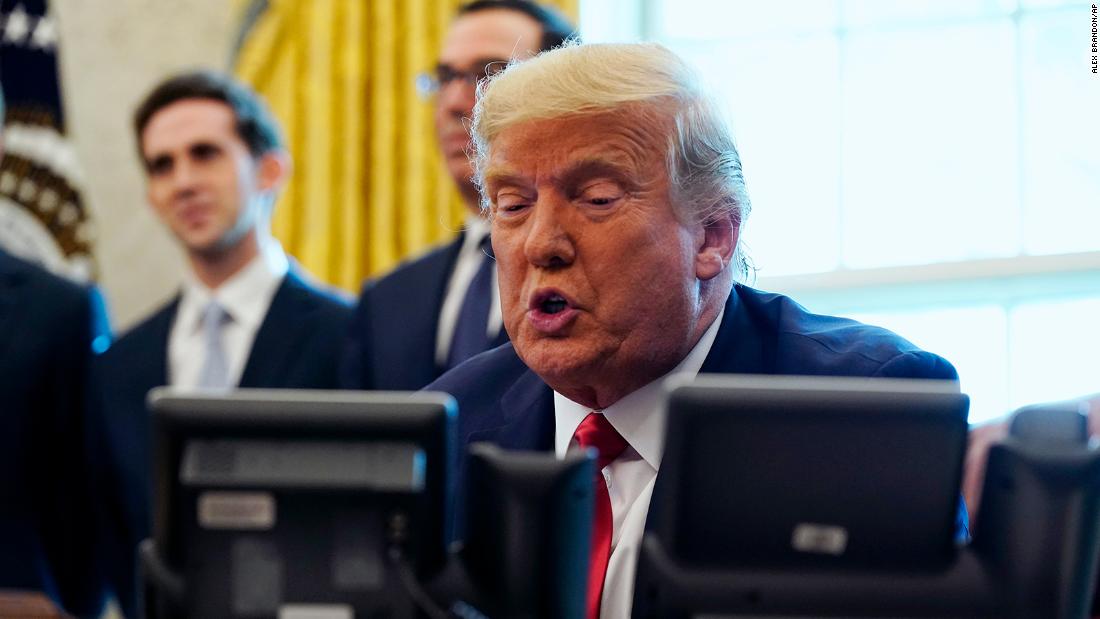 “President realDonaldTrump announced that Sudan and Israel have agreed to normalize relations – another major step towards building peace in the Middle East with another country joining the Ibrahim Accords,” White House spokesman Jude Derry said on Twitter.

It is unclear whether the deal establishes full diplomatic relations between the two countries.

His announcement came shortly after the White House announced that it had informed Congress of its intention to remove Sudan from its list of state sponsors of terrorism. The abolition of the 27-year-old designation is widely seen as linked to an agreement with Israel, despite Khartoum’s desire to separate the issues.

Senior government sources in Sudan told CNN earlier this week that the state sponsor of changing the terrorism classification was a demand by Prime Minister Abdullah Hamdok, leader of Sudan’s transitional government, before talks on normalization began.

“Prime Minister Hamdok insisted during the negotiations with the United States that delisting from the list is not related to normalization because Sudan has met all the criteria for removing it. Now that the classification has been changed, discussions can begin again on normalization. Our priority is normalization for them. “

Trump’s campaign promoted his foreign policy achievements in the Middle East. In the past few weeks, the administration has overseen the normalization agreements between Israel, the United Arab Emirates, and Bahrain, and has been cynical about other countries following its example.

White House Press Secretary Kylie McCannani said in a statement that the official notification to Congress “comes on the heels of Sudan’s recent agreement to resolve specific cases of US victims of terrorism and their families.” Sudan agreed to compromise with survivors and families of victims of the 1998 attacks on the United States’ embassies in Tanzania and Kenya, the 2000 attacks on USS Cole, and the 2008 killing of John Granville, USAID employee, in Khartoum.

“Yesterday, in implementation of this agreement, the transitional government in Sudan transferred $ 335 million to an escrow account for these victims and their families,” she said.

She said, “Today marks an important step forward in bilateral relations between the United States and Sudan, and represents a pivotal turning point for Sudan, allowing for a new future of cooperation and support for its continuous and historic democratic transition.”

Hamdok thanked Trump for the move to raise the rating.

“We are working closely with the US administration and Congress to finish the process of removing (the state sponsoring the terrorism list) in a timely manner,” he wrote in Twitter Friday. “We are working for international relations that best serve our people.”

“We have been officially informed that President Trump signed an order canceling Sudan’s designation as a state sponsor of terrorism,” said a spokesman for the Sudanese Sovereign Council, Mohamed Al-Feki, to CNN. “The order will be issued within 45 days.”

Congress has the power to overturn the president’s decision to remove the appointment, but only if both the House of Representatives and the Senate agree to joint resolutions against the veto within 45 days.

Sudan has been listed as a state sponsor of terrorism since 1993, and it is one of only four countries designated as such. Iran, North Korea, and Syria are also included. As a result, Sudan faces a series of restrictions including an embargo on exports, defense sales and restrictions on US foreign aid.

Sudanese leader Omar al-Bashir was ousted in a military coup in April 2019 after three decades in power.

Nikki Carvajal of CNN, Nima Al-Baqer and Yasser Abdullah contributed to this report.