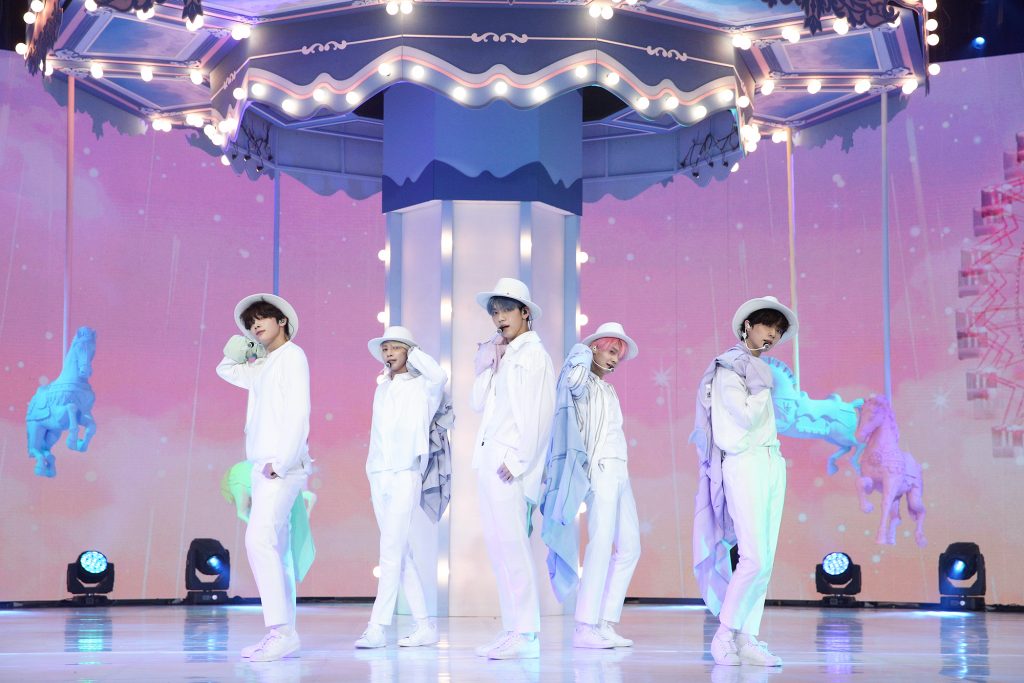 2020 has been a year of growth for K-pop Tomorrow X Together. On October 26, Soobin, Yeonjun, Beomgyu, Taehyun, and Huening Kai released their new album, Episode 1: The Blue Hour. With the five-track EP, TXT explores the story of teens navigating their new reality with the Coronavirus (COVID-19) pandemic. A few hours before the album’s release, the group held a press conference for the invited media to give more information about the album.

“ Blue Hour ” is the latest song performed by Tomorrow X Together

At the start of the press conference, journalists had the opportunity to watch The music video For “Blue Hour,” the lead single on the EP. In Korean, the song’s title translates to “You and I Spotted in the Sky at 5:53 PM”

“Blue Hour” is a disco pop track, and during the press conference Yeonjun said the group hopes to continue the disco fever that started BTS, another group run by Big Hit Entertainment, with their single “Dynamite”.

The music video for “Blue Hour” shows TXT members living in a fantasy world filled with pink clouds and squirrels in giant jackets and plants. As night falls, their fairy world begins to end, and the circular scene in front of which they were dancing disappears.

TXT continued to grow as artists with Episode 1: The Blue Hour, And some members worked together to write the songs on the EP. Soobin and Taehyun wrote the song Ghosting and Yeonjun, Taehyun, and Huening Kai worked together on their Wishlist.

What Tomorrow X Together hopes MOA takes from the album

For Episode 1: The Blue Hour, TXT focus on their connection. Like everyone else in the world, their plans and daily lives have been affected by the Coronavirus. During this year, the Korean group said they worked hard to keep in touch with their fan base MOA and provide hope and comfort through their music.

The K-pop group has listed multiple genres with Episode 1: The Blue HourAs a result, the album provides relief for these difficult times by acknowledging feelings about the pandemic and providing an escape from reality.

“We Lost the Summer” focuses on how the Corona virus is changing teenagers’ daily lives. While the song is from a teens’ point of view, TXT members feel that people of any age can relate to the message of the song and the album in general.

“We might be liked because the messages in our songs can be linked together that a lot of people have experienced or will eventually pass through,” Soobin said during the press conference.

Episode 1: The Blue Hour It is an independent EP and acts as a bridge between TXT Dream separation Next album and series trilogy.