‘Tired of waiting’: Tunisians celebrate ten years since the Arab Spring | The Arab Spring: 10 Years on the News 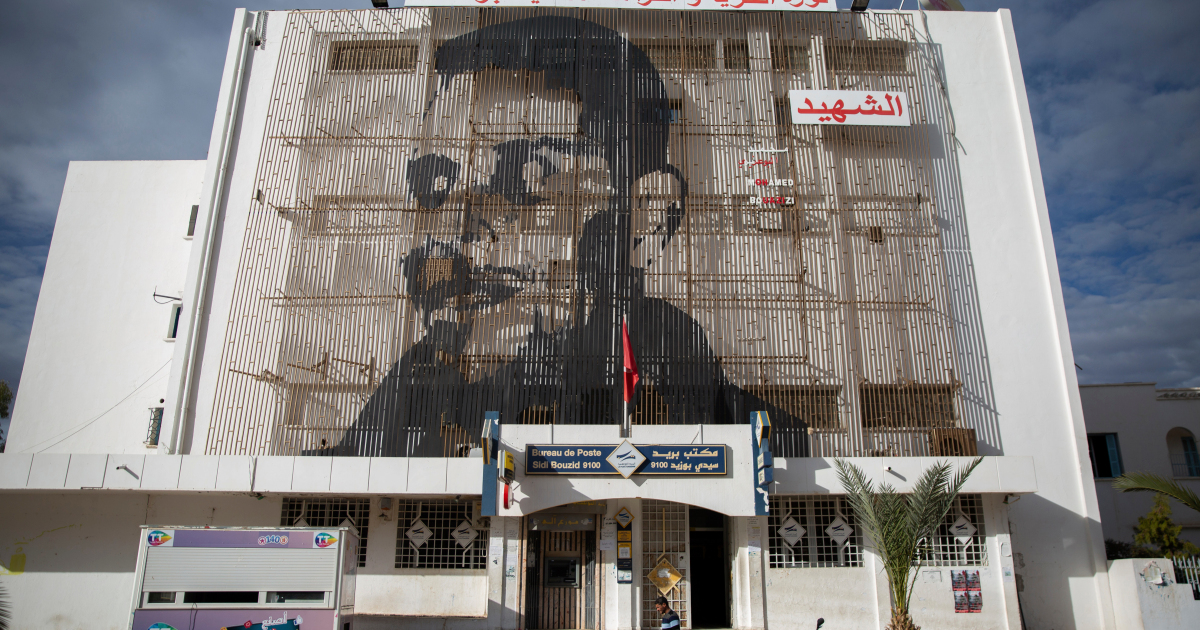 Ten years after the first days of the Tunisian revolution, hopes for a better future have faded as major economic hardships persist amid a pandemic that has exacerbated the situation.

And in the rural city where it started, few people are partying.

In Sidi Bouzid, Mohamed Bouazizi, a fruit and vegetable seller, set himself on fire on December 17, 2010, after police harassment angered him.

His action sparked an unprecedented uprising that left around 300 people dead but also toppled the long-standing dictator Zine El Abidine Ben Ali, who went into exile on January 14, 2011.

His departure sparked a series of uprisings that followed the Arab world.

While Tunisia was praised for its democratic transition, with freedom of expression and transparent elections, hope was dashed in those early years amid rampant corruption and recurrent economic crises, the latest of which came amid the outbreak of the Coronavirus pandemic.

So there was no sense of celebration, even as Tunisian flags lined the streets of Sidi Bouzid this week.

Instead of celebrations, December 17th became the date for protests against the post-Ben Ali government, which has yet to fulfill two main promises of the revolution: jobs and dignity.

In Sidi Bouzid, large posters are written on the walls: “We prepared the way for freedom, but you have moved away from it” and “Slogans must be transformed into action.”

“Neither the government nor the ruled are in a mood to celebrate, because the general feeling is that the country is doing badly,” said analyst Hamzah Meddeb.

A feeling of failure

Meddeb noted that Tunisians have won political freedoms, but: “Ten years after the revolution, there is a real feeling of failure.”

The political class, which has become more divided than at any time since the parliamentary elections last year, is paralyzed by the bitter infighting that has prevented it from addressing pressing social and economic problems.

Inflation has lowered salaries, while political instability has dashed hopes for fundamental reforms.

Tunisians were among the largest groups of armed foreign fighters in the Syrian civil war, while the economic situation prompted many others to make deadly attempts to reach Europe.

In Sidi Bouzid, a concert stage was held with local rap stars. The topic is: “Ten years, the wait was long.”

“This event shows the importance we attach to the revolution, but it does not hide our anger and our astonishment at the current political class,” and its behavior, organizers spokesman Youssef Jilali said.

No official visits to Sidi Bouzid have been announced – even by President Kais Said, who was elected in October 2019 under the slogan “The People Want,” referring to the revolution.

His office said on Wednesday evening that he would not be there due to “urgent commitments”.

Meddeb said that Tunisians were “really angry” and “it was not a good moment for political officials to visit.”

Last week, Prime Minister Hisham El-Mechichi was met with shouts of “resign” when he visited the city of Jendouba in the northwest of the country to pay his respects to a young doctor who died in an accident in a well-lifted hospital.

READ  "We are literally all George": St. Paul's mayor reflects on generations of pain among African Americans

The tragedy, which has prompted thousands of medical workers to protest in Tunisia, has been widely attributed to official corruption and indifference.

“We stopped expecting anything from the political class,” said Jamal Bouzidi, a resident of Sidi Bouzid. “We are tired of waiting.”

“People no longer have the patience to listen to sermons, announcements or statements,” Meddeb added, after a decade of the uprising. “They want concrete measures now.”

Meanwhile, Mohamed Bouazizi’s sister, Leila Bouazizi, acknowledged that the revolution did little to solve the economic problems that pushed her brother over the edge, but says that Tunisians must continue to fight for their rights.

“Everyone thought the government would do something,” she told AFP in Quebec, Canada, where she moved to study in 2013 and has lived since.

She added, “Unfortunately, she did nothing,” saying that she was “very disappointed” at the outcome of the uprising.